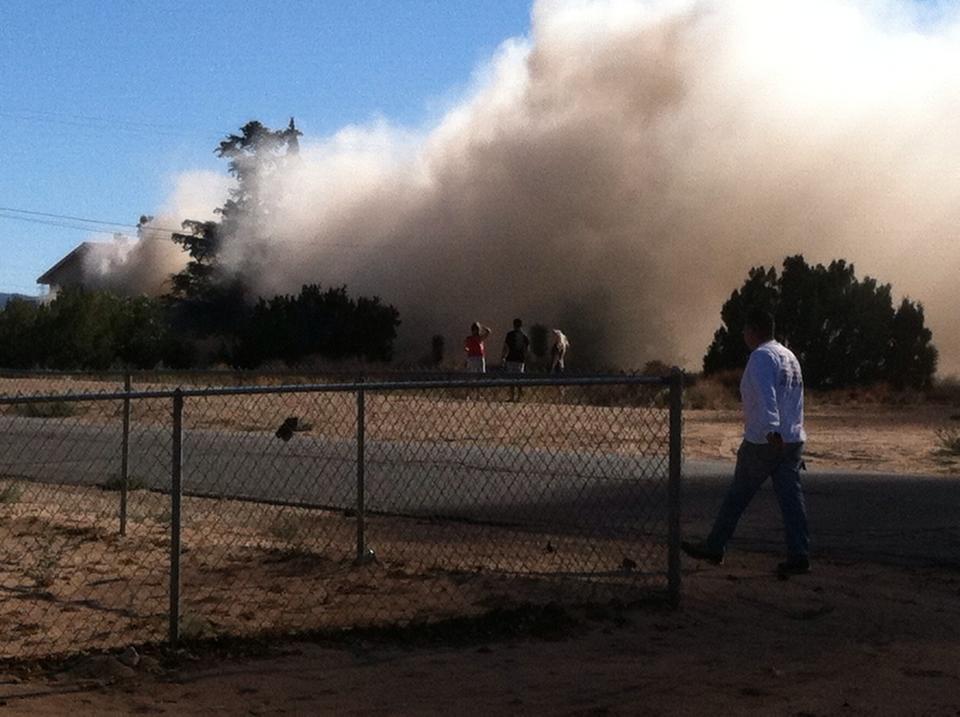 HESPERIA:(VVNG.com)- On September 5, 2014 at 4:25 p.m., the San Bernardino County Fire Department Communications Center received reports of a fire in the attached garage of a home in the 9300 block of Maple Avenue in Hesperia.

When Firefighters arrived in approximately three minutes they reported the fire was well-established inside the attached garage and was threatening the large two-story home. A 2nd Alarm was requested to assist with battling the blaze, bringing a total of thirty-three Firefighters to the scene.

Despite being hampered by high temperatures and dangerous electrical lines that had collapsed, an aggressive fire attack with multiple attack crews successfully confined the fire to the garage and a small portion of the home. One civilian suffered a medical emergency and one Firefighter required medical attention due to smoke and heat related emergencies. Both were taken by San Bernardino County Fire Department Paramedic Ambulances to local hospitals for evaluation. All traffic lanes in the affected area of Maple Avenue were shut down for the duration of the incident.

Damage to the home is estimated to be at least $50,000, with an estimated $200,000 of saved property. The cause of the fire remains under investigation by Fire Investigators.

[box type=”info” align=”aligncenter” ]Safety Message: Your San Bernardino County Fire Department would like to remind you to change the batteries in your smoke and carbon monoxide alarms at least twice each year.[/box]

Pedestrian Struck and Killed in Adelanto