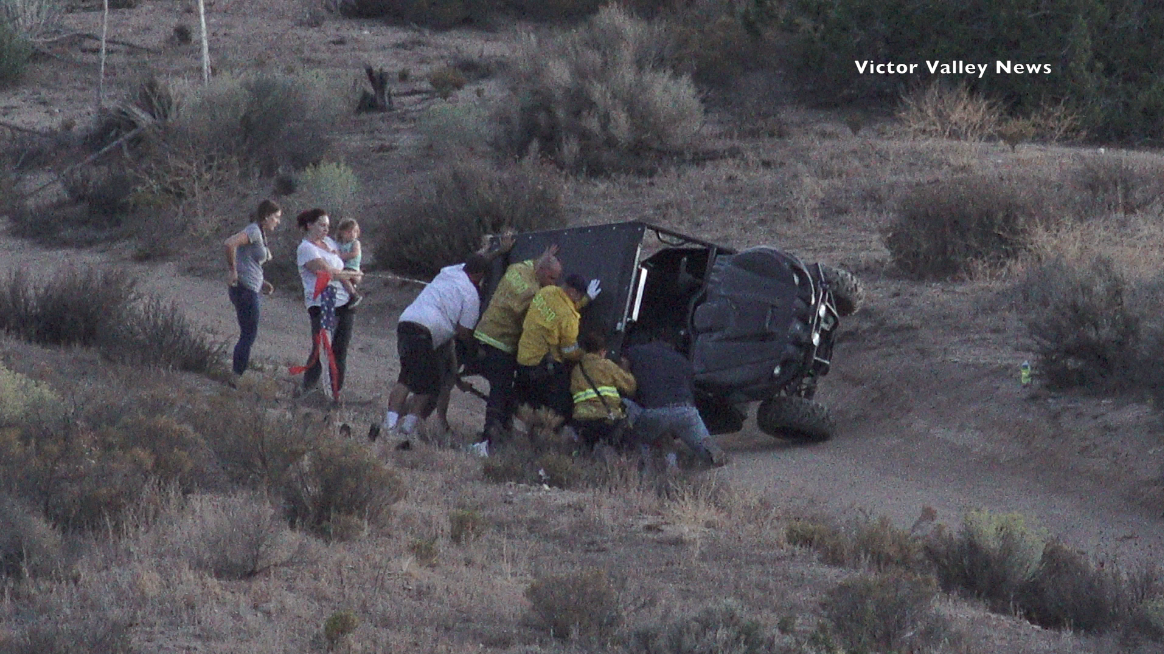 HESPERIA, Calif. (VVNG.com) —  Firefighters and bystanders rushed to help a man who was pinned under an off-road vehicle in Hesperia around 6:27 p.m. Wednesday along Lookout Trail and Meadowlark Avenue.

Three firefighters and three civilians helped lift the vehicle off the victim so the man could be rushed to a hospital.

A helicopter landed at the scene, but after the man’s condition was re-assessed,  his injuries did not require him to be airlifted, according to San Bernardino County Fire Captain Bill Mahan.

At last word, the victim was in stable condition and was transported by ground ambulance to a hospital.

Officials say preliminary investigation suggests the man and a child were in the off-road vehicle when it overturned, but the 1-year-old child was uninjured.