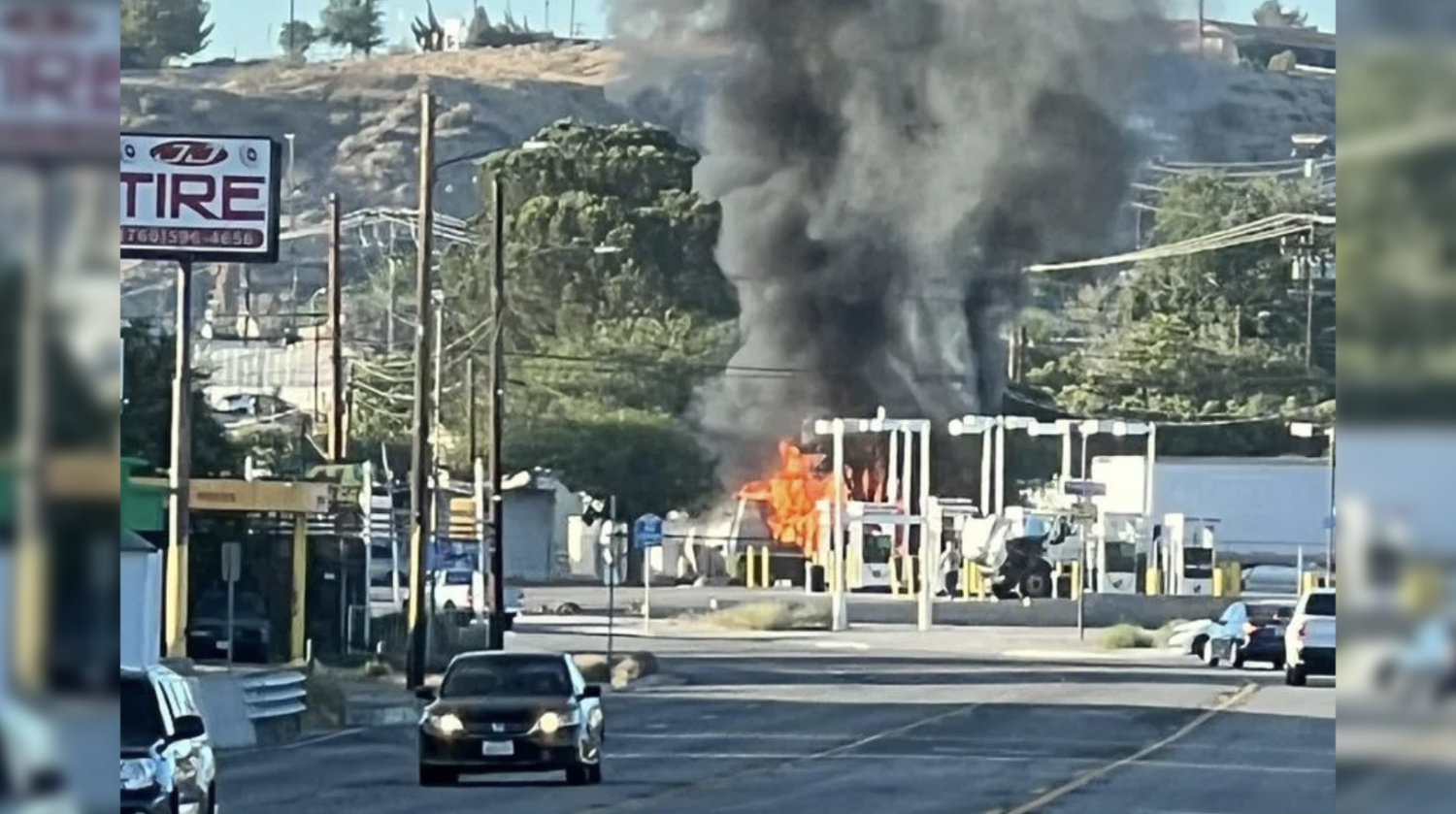 VICTORVILLE, Calif. (VVNG.com) — A firefighter sustained burns to his hands while battling a structure fire in the City of Victorville.

Firefighters arrived at the location and found two mobile homes that were well involved. Firefighters initiated an offensive attack extinguishing the fire in both structures and protecting neighboring homes.

Public Information Officer Sue Jones said that while fighting the fire, the firefighter suffered burns to both of his hands.

“He was treated at the scene by our Victorville Fire Department paramedics and transported by AMR to a local burn center,” stated Jones. “Our firefighter was alert, stable, and in good spirits.  Before being transported to the hospital, he was able to contact his family.”

The firefighter is expected to make a full recovery and return to work soon.

The cause of the fire and the factors that contributed to the injury are under investigation.

450 cited, 16 arrested, and 4 firearms recovered during a traffic and crime operation in Victorville

Brush fire burning along Highway 138 near Silverwood Lake in Hesperia