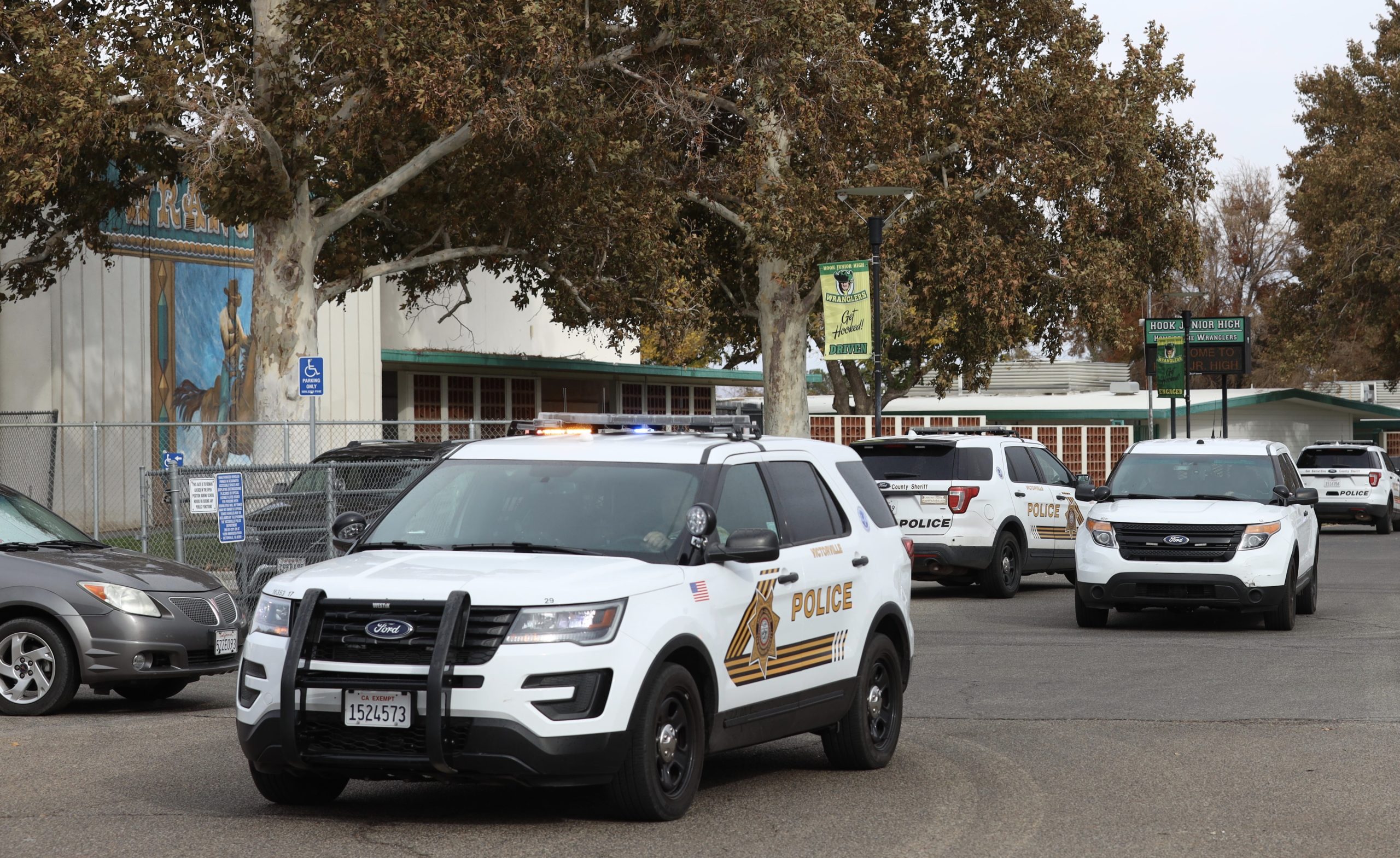 UPDATE 11/21 — Officials said a 14-year-old Hook Jr. High School student was arrested after lighting an M80 on campus, sending trash and debris flying into the air. A witness and video surveillance confirmed the suspect and he was taken into custody. He was arrested and booked at High Desert Juvenile Detention Center for possession of a destructive device. No one was injured during the incident.

VICTORVILLE, Calif. (VVNG.com) — A firework that was set off on school campus caused a panic Wednesday.

At about 1:30 p.m., San Bernardino County Sheriff’s and Victorville City Fire Department responded to Hook Junior High School to a report of an explosion, a deputy told Victor Valley News.

Kris Reilly, the Public Information Officer for the Victor Valley Union High School District, told VVNG that a Hook Jr High student lit a firecracker and placed it in a trash can on campus.

“There were no injuries, but the loud bang prompted a law enforcement and emergency response on the campus. The area was declared safe and school proceeded normally. School officials are reviewing video of the incident and will discipline the student in accordance with Victor Valley Union High School District policy,” stated Reilly.