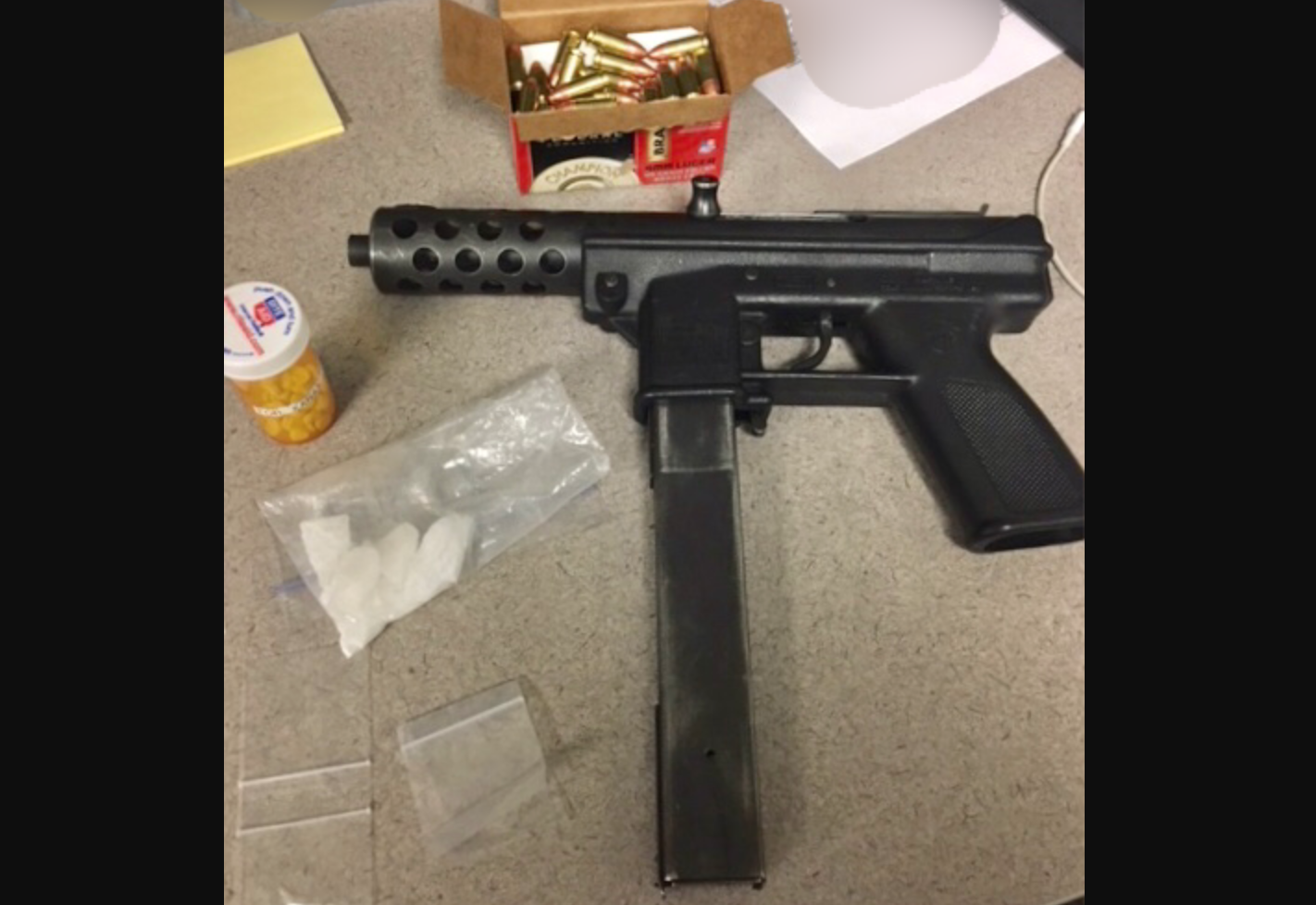 VICTORVILLE, Calif. (VVNG.com) – A 39-year-old convicted felon from Hesperia was arrested after he was found to be in possession of a firearm, high capacity magazine and narcotics, officials said.

On January 18, 2018, deputies from Victorville Police Department’s Gang Team, attempted to contact Jason Rockhold at a motel in the 16900 block of Stoddard Wells Road in the city of Victorville.

Rockhold, a convicted felon who is prohibited from possessing firearms, was believed to be in violation of his parole conditions.

As deputies arrived they observed Rockhold outside of his motel room and he ran inside as deputies attempted to identify themselves. Shortly after entering the room he exited again and fled on foot leading deputies on a short foot pursuit.

“During a search of the motel room, deputies recovered a fully automatic assault weapon, loaded with a high capacity magazine, approximately 14 grams of methamphetamine and prescription medication not prescribed to Rockhold,” stated the release.