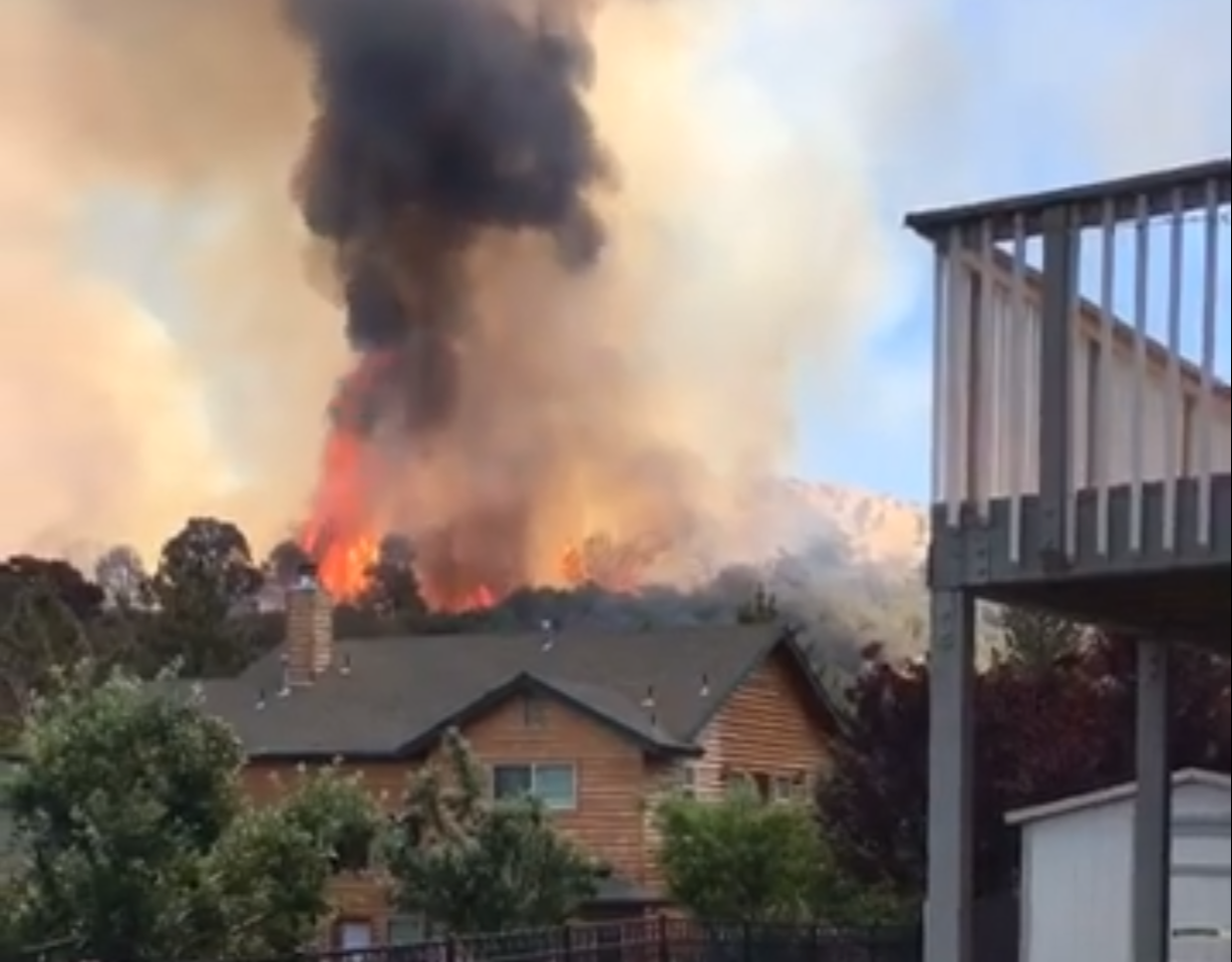 WRIGHTWOOD, Calif. (VVNG.com) Mandatory evacuations were ordered after a fire, which is dubbed the Zermatt Fire, broke out Saturday afternoon.

The fire was reported just after 12 pm near Zermatt and Pacific Drives and immediately began threatening nearby structures.

Two Strike Teams have been requested and helicopters are aggressively dropping water on the fire.

PA announcements are being conducted to inform the residents to leave the area just east Pacific Crest Drive.

Ted Ramirez posted a video of the fire in the Victor Valley News group on Facebook. Join here to view the video — JOIN HERE—

Highway 2 is closed at Wright Mountain Road and no entry is allowed at this time, said Sheriff’s Spokeswoman Cindy Bachman.

UPDATE @3pm: The Zermatt fire is holding at 7 acres and the forward rate of progression has been stopped. According to a tweet from the Angeles National Forest.

CORRECTION: The fire was initially reported to be 20-25 acres in size. That fire was determined to be a separate blaze in Apple Valley.