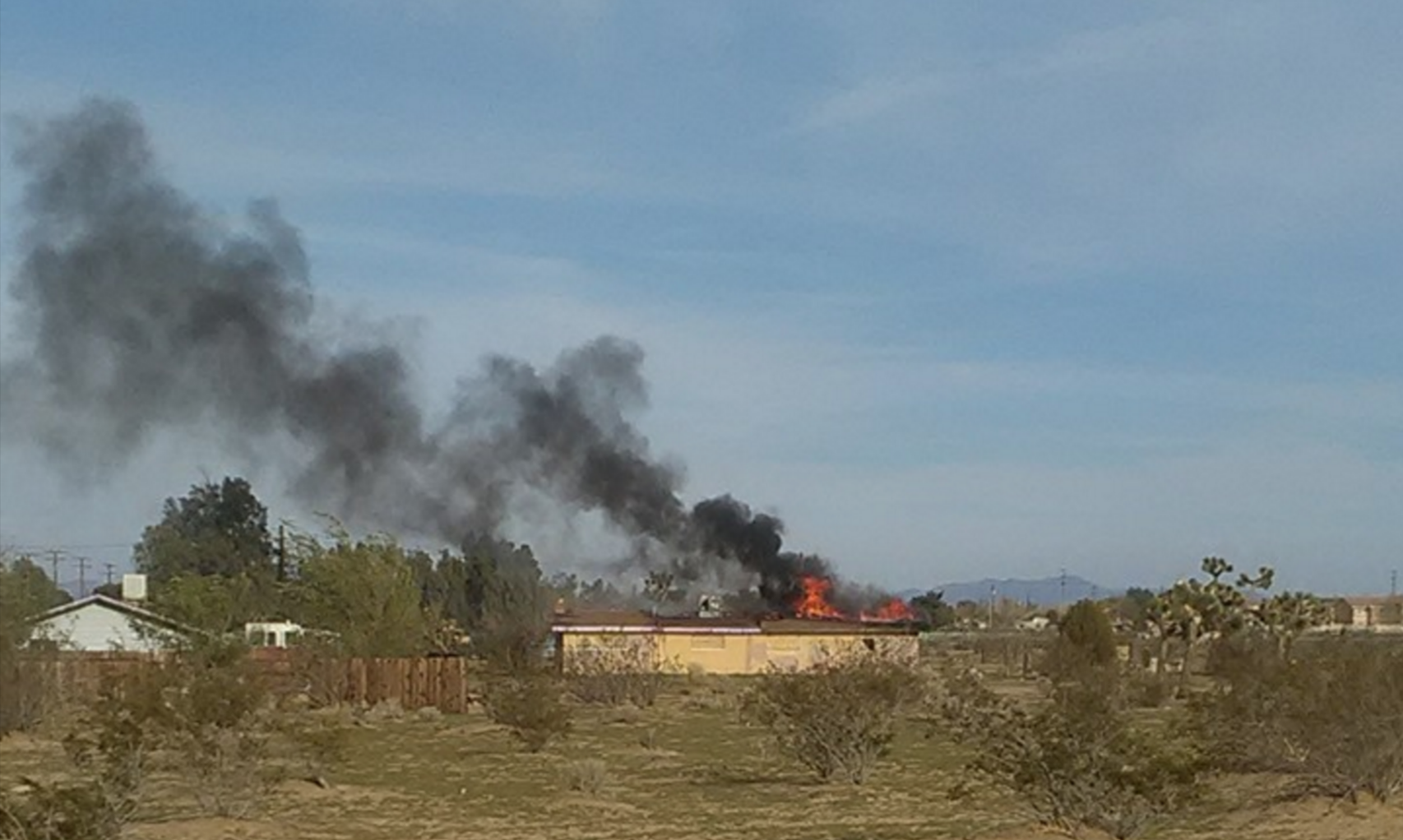 ADELANTO-(VVNG.com):  On Saturday, March 19, 2016 the San Bernardino County Fire Department responded to a residential structure fire in the area of Chamberlaine way and New Hampshire street in Adelanto.

The initial report was made at around 5:12 p.m. indicating that smoke and flames could be seen coming from an area home. Upon arrival, firefighters determined that the home was an abandoned structure.

There were no injuries reported as a result of the fire and the home appears to be a complete loss. The cause of the fire is currently under investigation at this time.