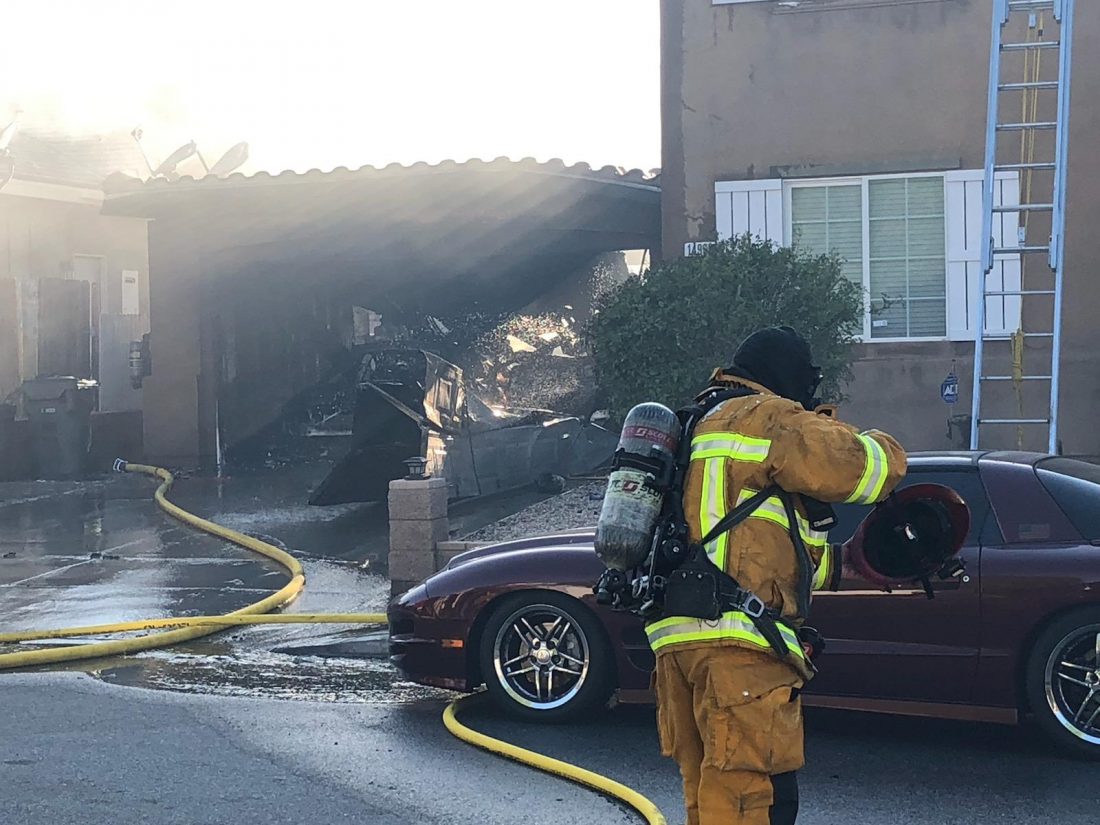 At about 5:20 pm, on April 22, 2020, Victorville Fire Department (VFD) units were dispatched to a residential structure fire in the 14600 block of Sunset Garden. A large column of smoke was reported by a Batallion Chief also responding to the incident.

Victorville City Spokeswoman Sue Jones said the occupant of the home was alerted by a neighbor that their garage was on fire.

“Thankfully, the occupant of the home exited safely prior to VFD arrival; and dogs located in the back yard of the home were also uninjured,” stated Jones.

Medic Engine 312 arrived within minutes and reported heavy fire and smoke from the garage area of the two-story, single-family home.

Fire crews initiated a fire attack and determined the fire had extended into exterior walls and the attic.

The garage sustained extensive damage and three vehicles that were parked inside were destroyed. The remainder of the home was heavily damaged from the smoke.

The VFD was assisted by an engine from the Apple Valley Fire Protection District, an ambulance from AMR for firefighter rehab, and the Sheriff’s Department for traffic control. CalFire provided station coverage.

All units cleared by approximately 9 p.m.

No injuries were reported and the fire is currently under investigation.