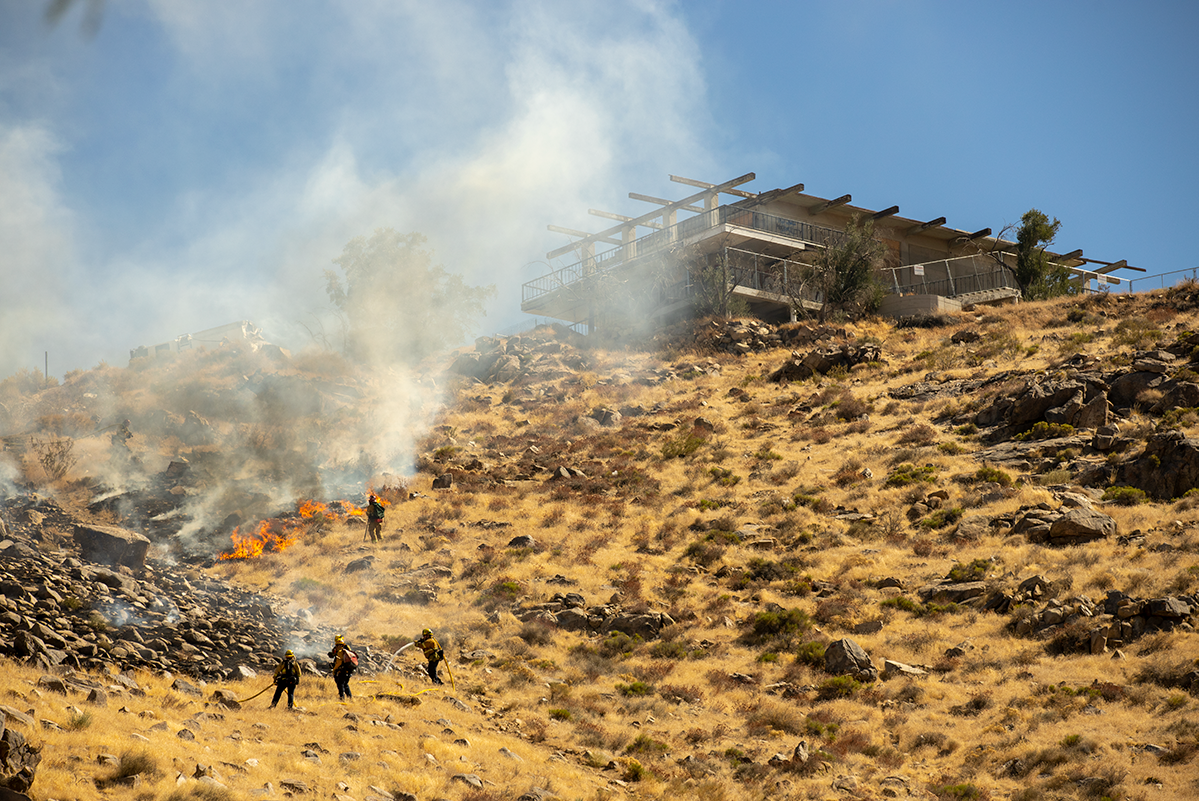 Apple Valley Fire Protection District personnel responded to the blaze at 2:53 p.m. with assistance from the Victorville City Fire Department, and they were able to stop the forward rate of spread by 3:35 p.m.

The fire scorched several acres before it was fully contained, according to scanner traffic reported.

Both fires remain under investigation, and no injuries have been reported.