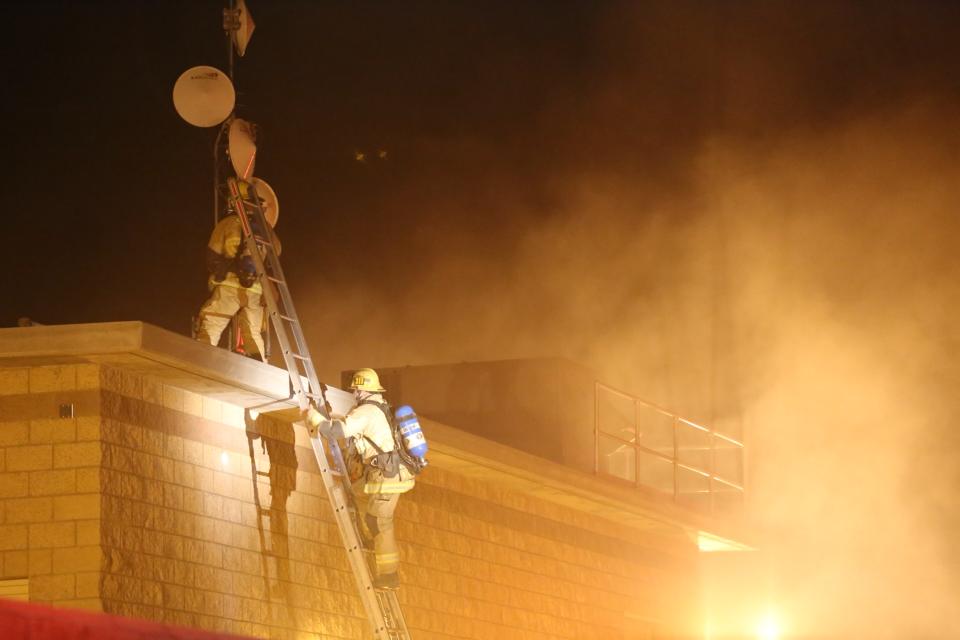 VICTORVILLE:(VVNG.com)- On September 17, 2014 just after 11:05 p.m., multiple fire engines responded to a report of a commercial structure fire coming from the 14600 block of Peral Road cross of Del Gado in Victorville.

Per scanner traffic, after a brief investigation it was determined a burned out water pump was the cause of the fire. At this time its unsure how much damaged was caused.

More information will be updated as its made available.