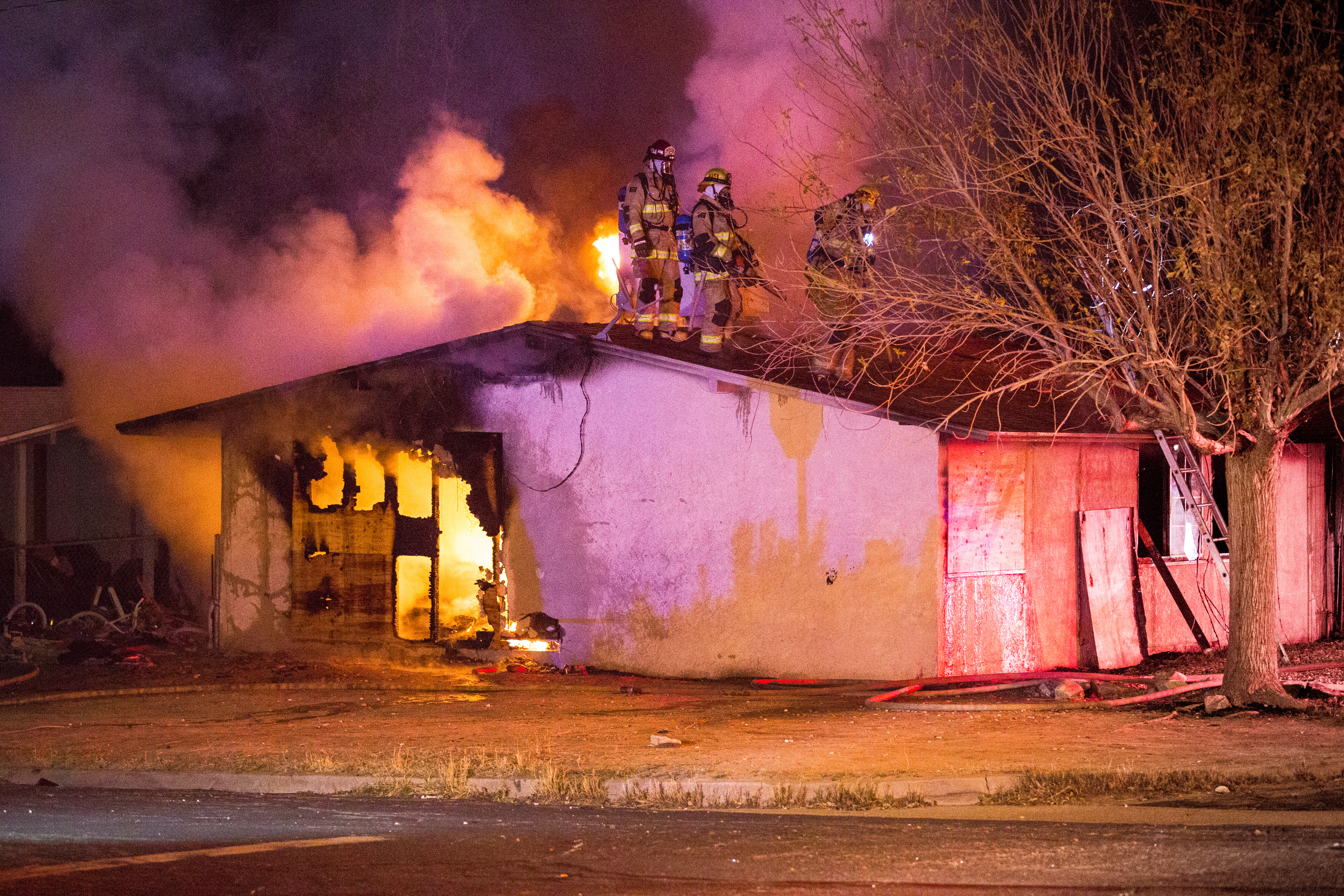 Victorville Sheriff’s and San Bernardino County Fire responded to a residential structure fire on the 16500 block of Yucca Avenue, at the cross street of Heartsease Lane, at approximately 11:30 p.m. on Friday night.

Firefighters arrived on a scene to find the residence engulfed in flames, which happens to be the same house that was struck by a vehicle just five days prior, pinning a man in his bedroom.

It took firefighters approximately 30 minutes to smother the fire and conduct interior searches to confirm no occupants were inside the structure.

According to authorities, a witness reported that a Hispanic male was seen running westbound on Yucca Avenue after the fire began. A deputy at the scene confirmed that a suspect matching the description was detained on the campus of Victor Valley High School shortly after.

Bomb and Arson Investigators were summoned to the scene to investigate the cause of the fire and to determine if arson was indeed a factor.

The home was previously red-tagged and boarded up by Victorville City Code enforcement after the last week’s incident left a gas line completely sheared.