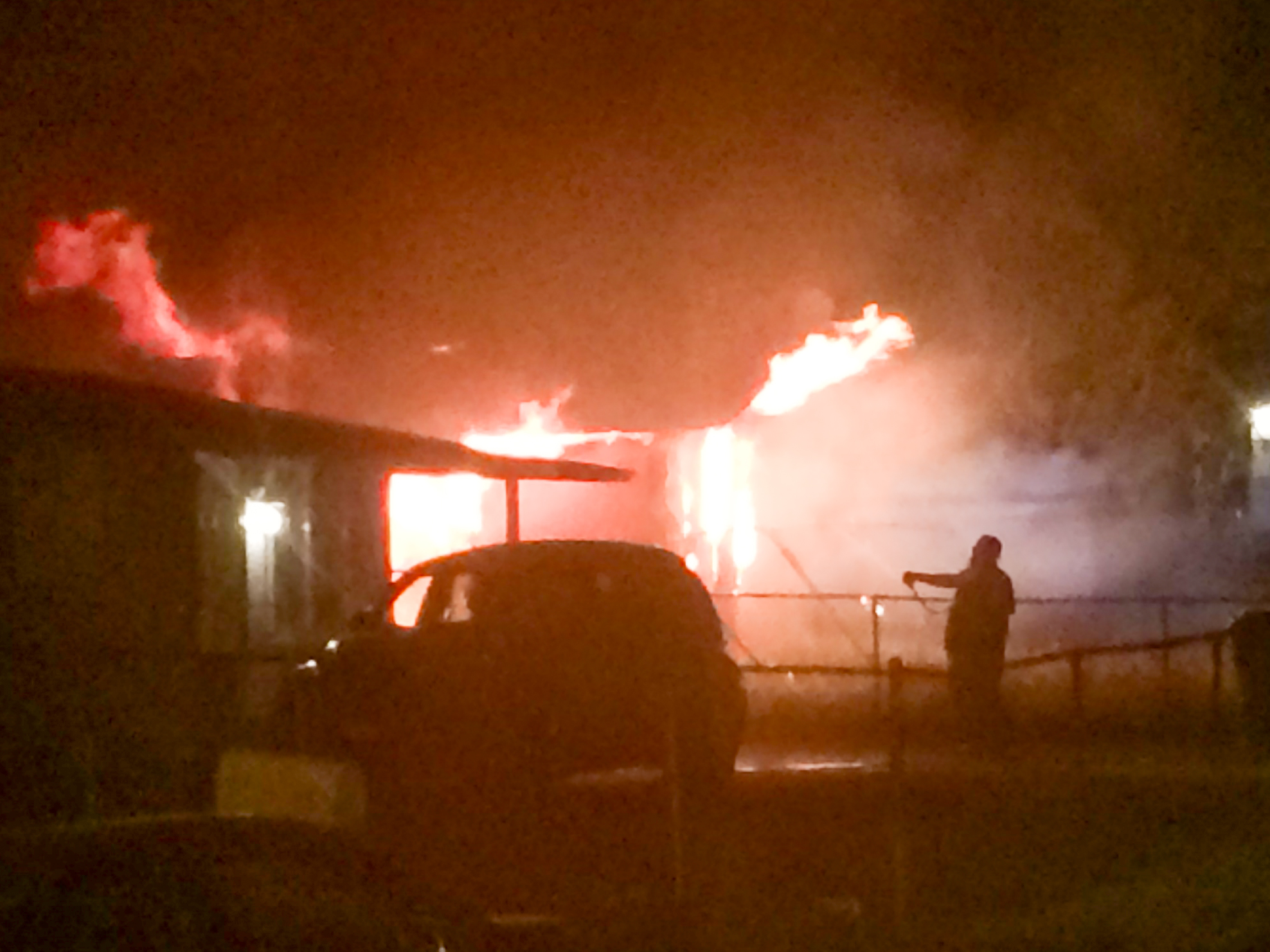 VICTORVILLE, Calif. (VVNG.com) A house that has been no stranger to recent tragedies caught fire Easter Sunday.

Around 8:15 p.m. firefighters from the San Bernardino County Fire Department battled a blaze that tore through the now vacant house.

The house sits on the corner of Heartsease Lane on the 16500 block of Yucca Avenue in Victorville.

The definition of Heartsease is “peace of mind,” which couldn’t be farthest from the truth for those living in and around the home the last six months.

On November 21, 2016, Raymond Dominguez was pinned by a Ford Flex as he slept in his bed in the same home.

While in the hospital Dominguez learned he lost all of his belonging’s and children’s belongings when the house caught fire five days later on November 26th.

Dominguez was recently released from the hospital nearly 5 months later from traumatic injuries sustained during the initial incident.

The home has since been vacant and was unoccupied during tonight’s fire.

It’s unclear how the fire was started at this time.