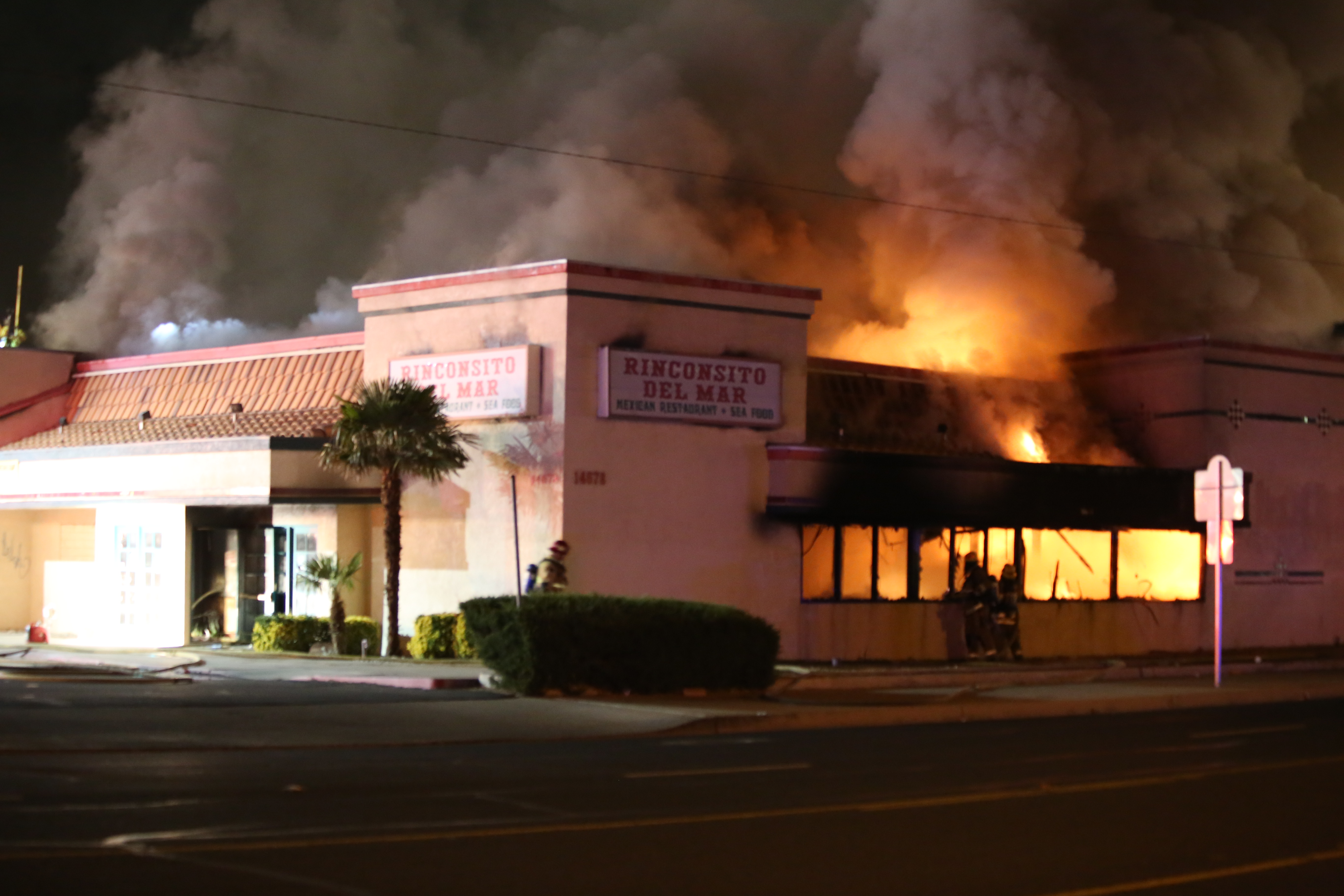 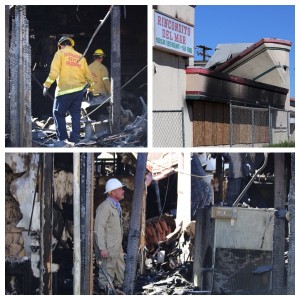 Update: “It’s my family’s business, please provide us with your prayers. It’s a sad time for our family,” commented German Beccerra whose family lost their restaurant in last nights fire.

Multiple insurance agents were accessing damages that are believed to be close to half-a-million dollars. 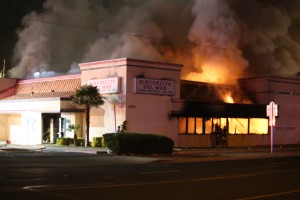 Took over 3 hours to contain.

Dozens of Firefighters responded to reports of a 3-alarm fire at Rinconsito Del Mar, a restaurant located at 14678 7th St, in Victorville, the business was completely destroyed in a late night fire that lasted hours.

The fire appeared to have began in the back part of the building and within a short time the fire had fully engulfed the place of business collapsing parts of the structure.

At times the fire was very intense and the flames reached higher than 40 feet in some instances and required hours of defensive attack mode by our brave local firefighters.

Over a dozen fire engines from Victorville and Apple Valley Fire Department responded. The fire was stubborn and took Firefighters approximately 3 hours to contain. The fire broke out shortly before 12 am and the exact cause of the fire is unknown at this time.

The establishment was closed for business and had no occupants in the building at the time of the fire. Several employees made their way over to the scene to speak with fire personnel and were in complete shock to find their place of employment totally destroyed by the fire. 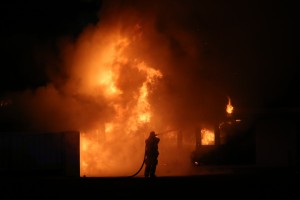 The restaurant has been home to Victorville for the past 13 years and famous for their great tasting deep fried ice cream.

www.VVNG.com For Everything Victor Valley