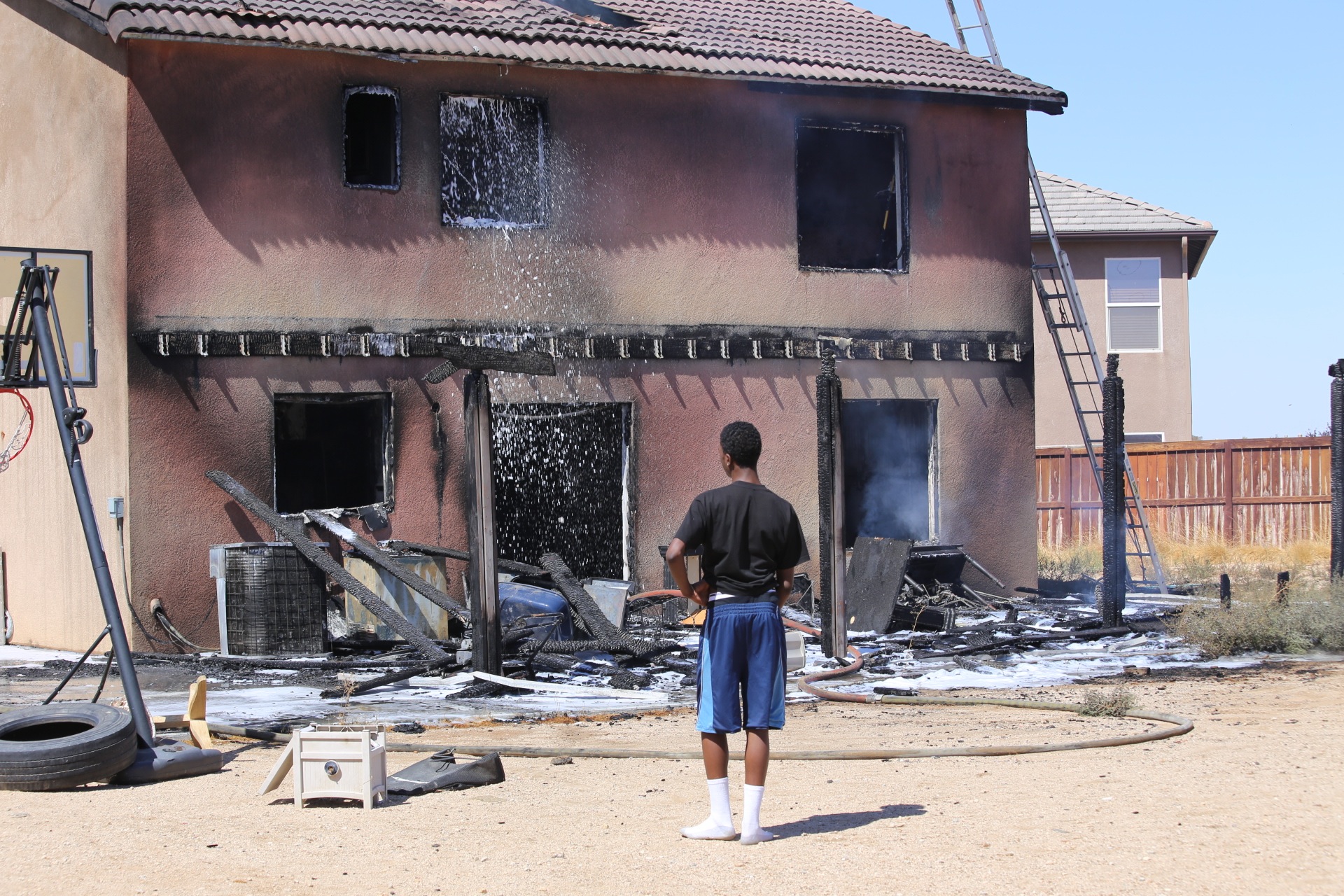 Several fire engines responded to multiple calls of a house fire located at the corner of Seneca road and South Trail in Victorville. 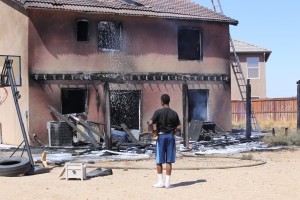 A clearly devastated young man jumped over a brick fence to stare on what remains of a house he called his home. He explained how several family members were home at the time of the fire and everything happened so quickly, only having enough time to get out. The family of 6 have now lost everything they once had and are displaced since the home is uninhabitable.

It’s also reported one firefighter sustained minor burns to his hand and was treated at the scene.