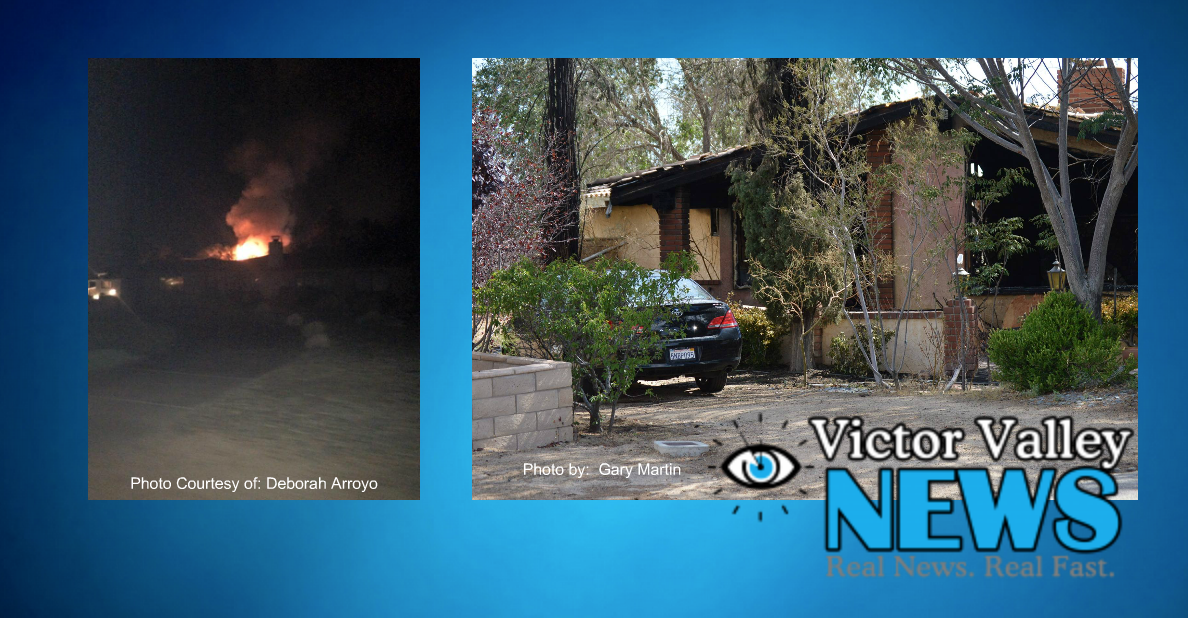 APPLE VALLEY-(VVNG.com): A home in the 19900 block of Cronese Court erupted into flames on Sunday night just before 10:00 p.m.

On July 5, 2015, firefighters from the Apple Valley Fire Protection District (AVFPD) were dispatched to the two alarm fire at the single family residence.

The Apple Valley Fire Protection District responded to the fully engulfed home requesting a second alarm response upon arrival. At 10:58 pm, per scanner traffic the fire was under control, but extensive mop-up and overhaul were required.

The precise defensive attack by the 25 responding firefighters saved other homes in close proximity to the ferocious blaze. Firefighters from the AVFPD remained on scene until just before 6:00 a.m. on Monday morning

The damage to the property is estimated at approximately $400,000. No injuries were reported as a result of this late night fire. There is no further information available at this time, the cause of the fire is currently under investigation.