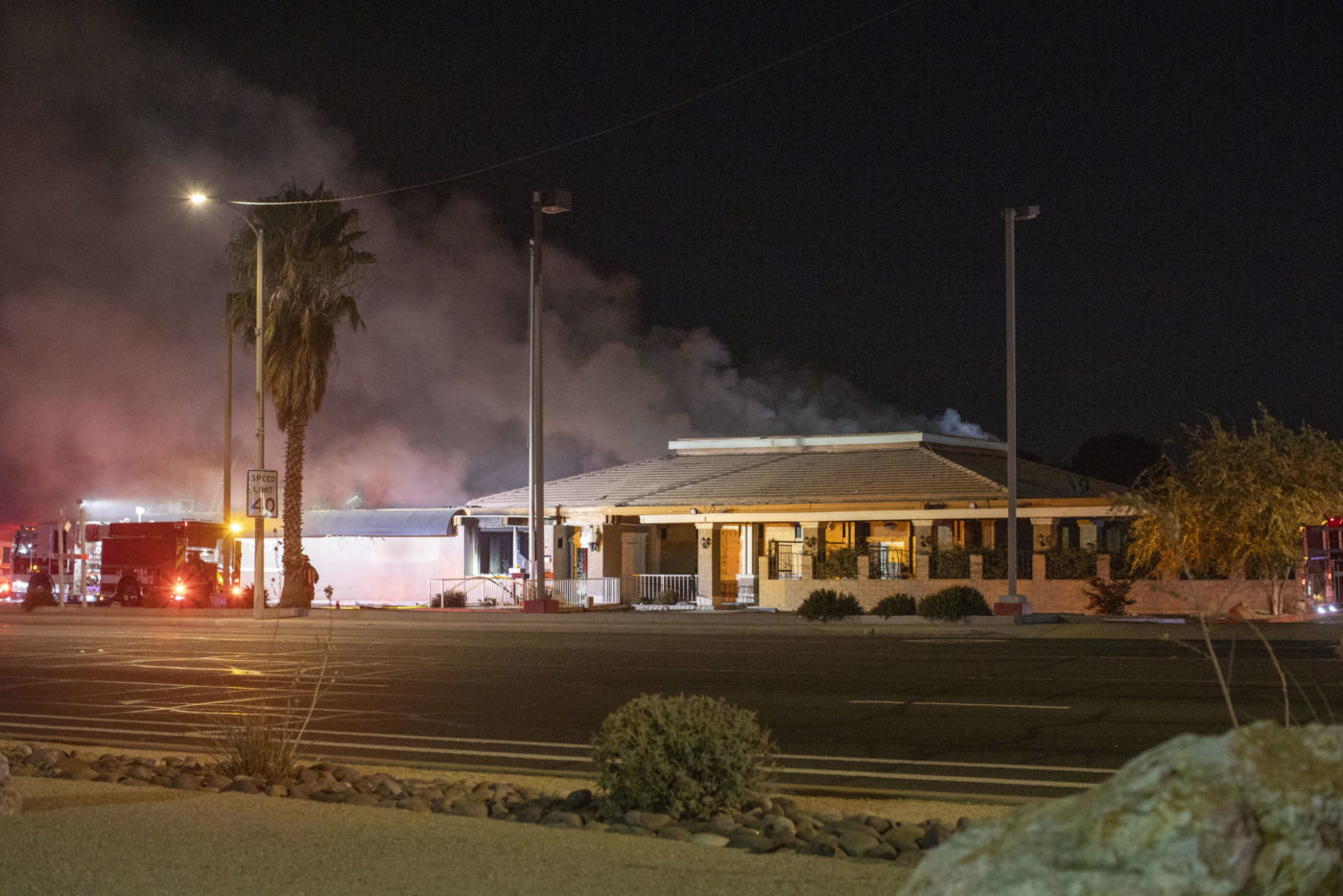 VICTORVILLE, Calif. (VVNG.com) — A fire broke out at a vacant, boarded-up building, leaving one person with smoke inhalation and a firefighter with minor injuries late Thursday night in Victorville.

It happened at about 11:17 PM on September 3, 2020, in the 14200 block of 7th Street at a building that was once home to several different bars and night clubs over the years. Most recently it had been used for a Mexican food restaurant.

Victorville Fire responded to the commercial structure fire and found the building showing heavy smoke with fire inside.

“The volume of fire coupled with the dilapidated condition of the building caused them to withdraw to an exterior attack,” stated Jones.

According to Jones the search team did locate one victim and were able to rescue him and remove him from the building. “He was transported to Victor Valley with heavy smoke inhalation and is expected to survive,” she stated.

The spokeswoman noted the building’s fire sprinklers had been vandalized and were shut off, which allowed the fire to progress rapidly.

One firefighter suffered minor injuries. The crews remained on exterior attack until early this morning at which time the fire was declared out. Apple Valley Fire Department and CalFire were requested to cover Victorville stations while city fire units were committed to the incident.

The cause of the fire is under investigation at this time.