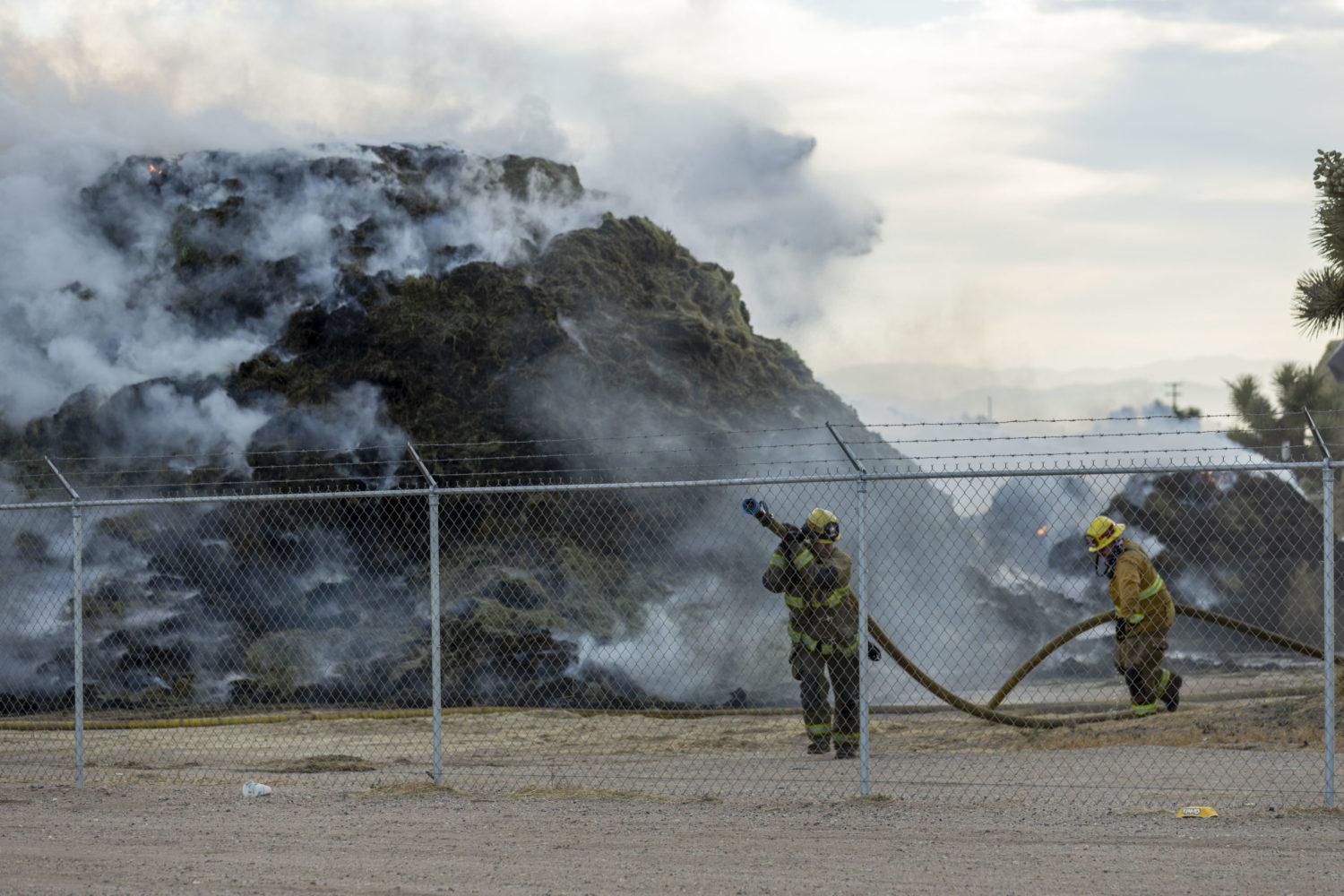 At about 5:45 am, on May 29, 2021, San Bernardino County Firefighters were dispatched to a vegetation fire in the area of US Highway 395 and Three Flags Ct. in Hesperia.

Arriving firefighters reported a large 100×50 hay pile on fire with exposures to several tractor-trailers. The incident required an extended commitment time for crews.

No injuries were reported and information on the cause of the fire was not available.

Hay fires usually occur within six weeks of baling, but they may occur in hay several years old. … The fires can occur in hay stored inside as well as in hay stored outside. Regardless of when or where the fires occur, the most common cause is excessive moisture. Freshly cut forage materials are not dead. **source: NASD