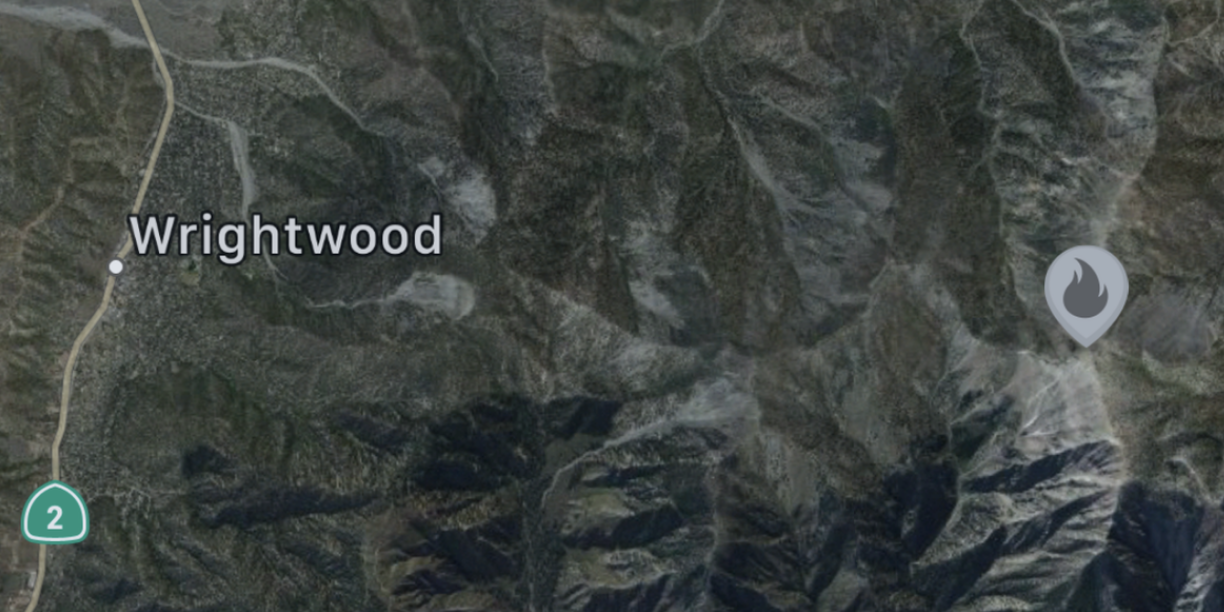 MT. Baldy, Calif. (VVNG.com) — Fire crews are responding to a vegetation fire near the mountain community of Wrightwood.

Scanner traffic reports stated the fire was reported just before 2:20 pm, on Sunday, November 11, 2018, near Mt. Baldy and the San Antonio Ridge.

According to reports, the fire is approximately a half-acre in size with a low potential of five-ten acres and only accessible by air or hand crews.  As of 2:50 pm, crews responding to the fire were attempting to make access to the area.

The Angeles National Forest is leading the response into the incident dubbed #AntonioIC.

Scanner traffic reported an aircraft over the fire was preparing to make some drops.

This is a developing story and additional information will be updated as it becomes available. Be sure to check back for updates.