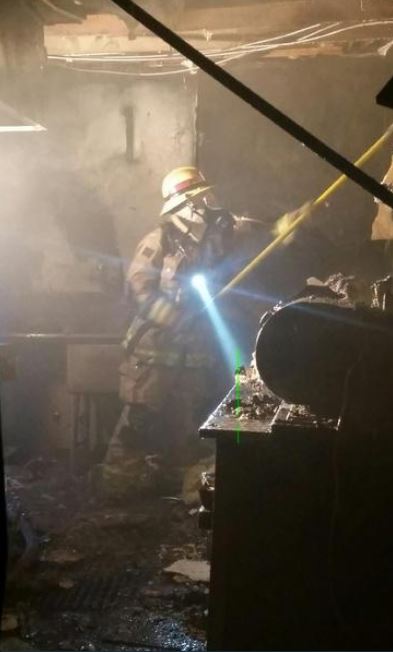 ORO GRANDE:(VVNG.com)- At 4:40 A.M., on Sunday, May 17th, the San Bernardino County Fire Department responded to a call reporting a fire at the Iron Hog (The Lost Hawg), located at 20848 National Trails Highway in the city of Oro Grande.

The Iron Hog, once known as The Butterfield Stage Shop is part of the rich history which Oro Grande is known for.

When firefighters arrived on scene they arrived to see heavy smoke coming from the vent on the roof of the building.

Firefighters were able to contain most of the fire to the kitchen area of the restaurant and bar within approximately 15 minutes.

According to San Bernardino County Fire Department’s Public Information Officer, Traci Martinez the kitchen sustained major damage and the remainder of the restaurant has major to moderate damage from smoke and water. The damage is estimated at $70,000.

There were no injuries reported as a result of this fire. The cause of the fire is still currently under investigation.