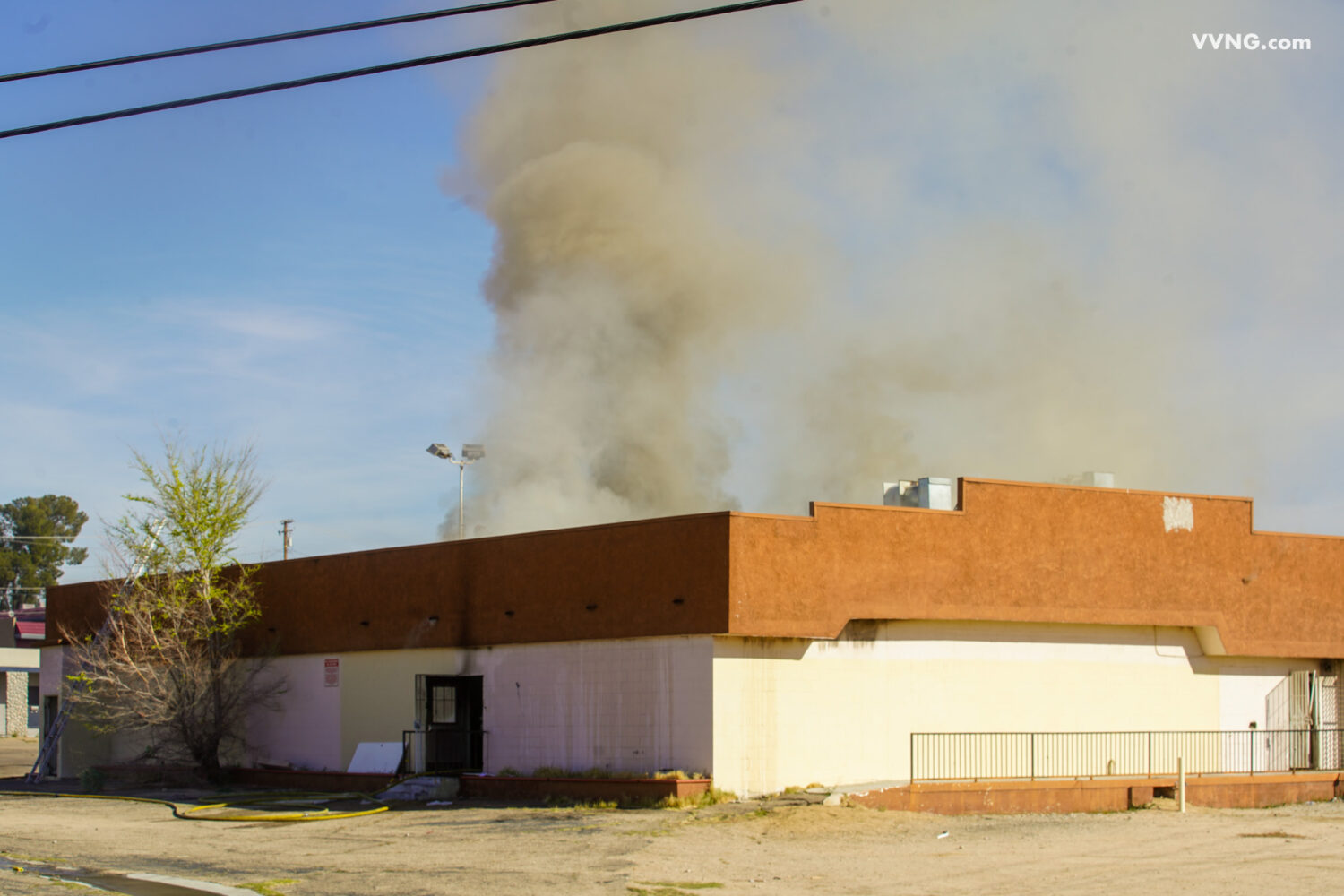 The fire was reported at about 8:52 am, on March 22, 2022, at the corner of Victor Street and Circle Drive near the Victorville DMV.

First arriving units reported heavy smoke showing through the roof. Firefighters gained entry into the building and confirmed they had an active fire inside.

Firefighters climbed onto the roof and cut holes to help ventilate the structure. Crews reported they had the fire knocked down by 9:30 am.

Additionally, firefighters reported they have responded multiple times to fires at the same location.

No injuries were reported and the cause of the fire is currently under investigation.