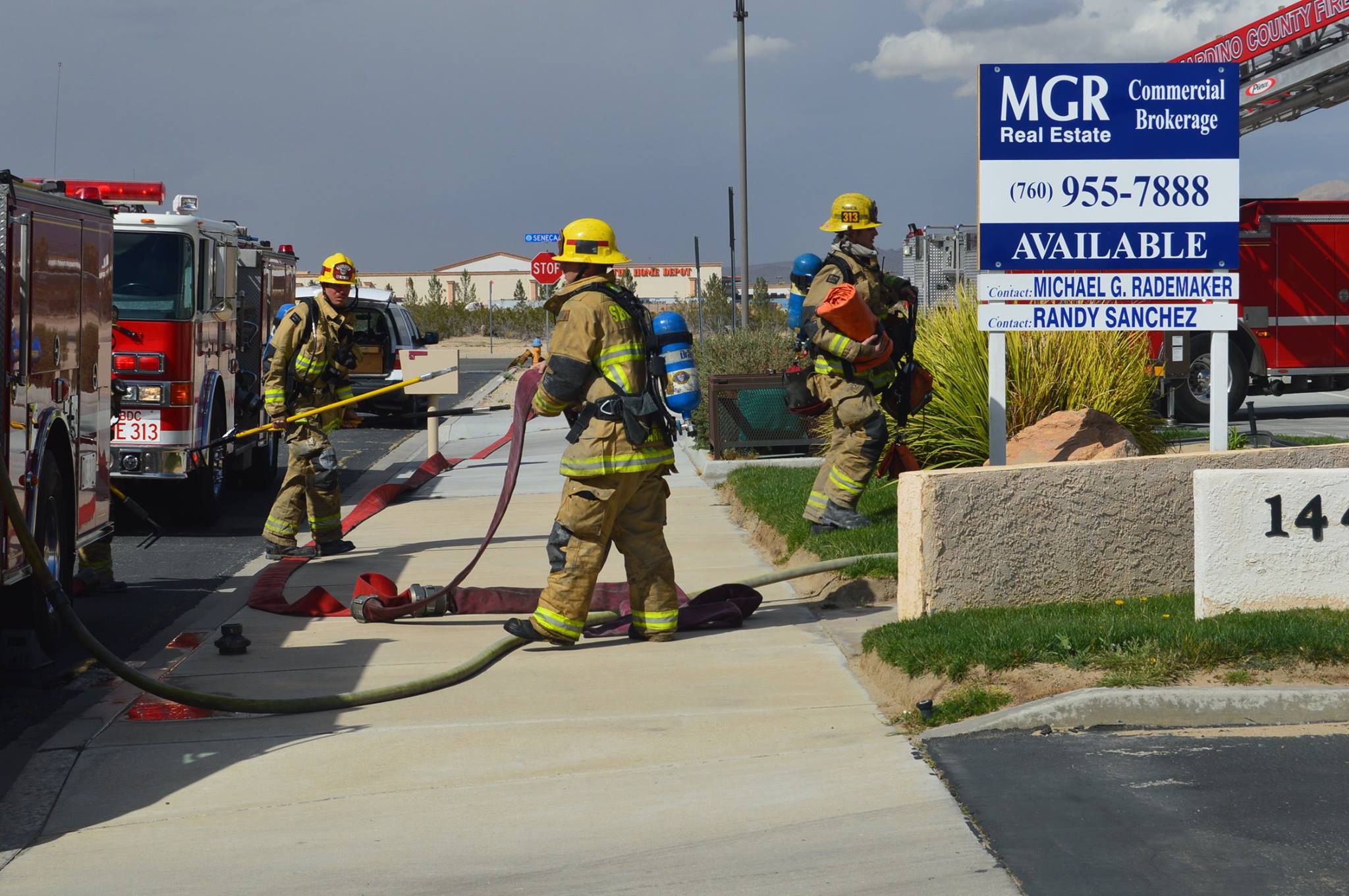 VICTORVILLE:(VVNG.com)- San Bernardino County Fire responded to a commercial structure fire located at 14455 Civic Drive in Victorville. The fire was reported at about 1:40 P.M., on Friday, March 11, 2016.

Per scanner traffic, initial reports indicated smoke could be seen from the rooftop of the building where work was being done by construction workers on-site.

Fire attack was initiated with priority to locate as well as limit the fire spread through the wall and attic space. A coordinated effort was established between engine crews inside and truck crews on the roof. The roof over the wall was cut open to locate and limit any spread through the attic, the San Bernardino County Fire Department officials said.

It took firefighters approximately 10 minutes extinguish the fire and prevent any further extension of the building. All utilities in the building were secured. No injuries were reported as a result of the fire.

The cause of the fire was determined to be torching while re-roofing portions of the building.