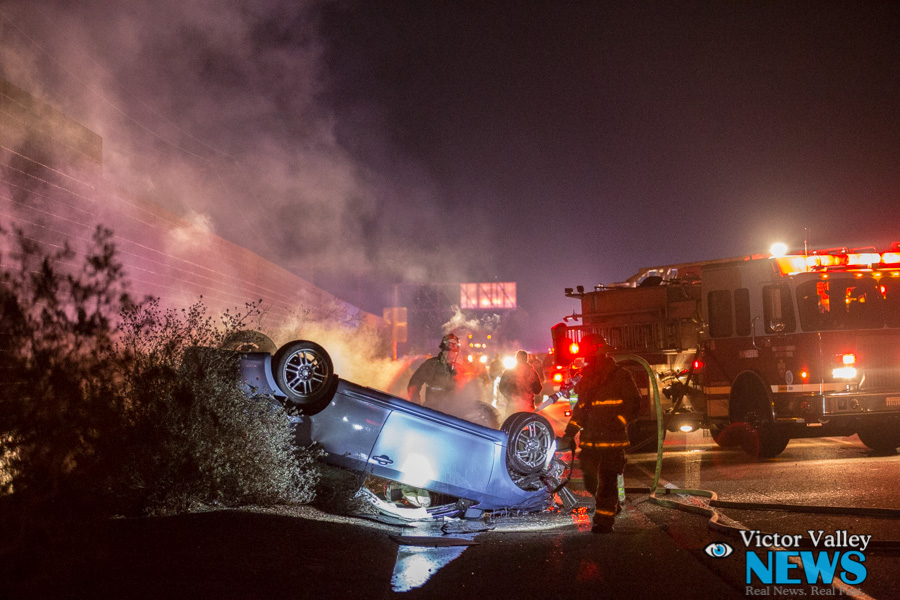 VICTORVILLE, Calif. (VVNG.com)- A traffic collision on the southbound 15 freeway resulted in one vehicle landing on its roof before catching on fire.

The crash occurred just after 11:00 p.m., on Thursday, December 29th between D Street and Mojave Drive.

San Bernardino County Fire arrived and located a Scion TC on its roof with smoke coming from the engine along the shoulder of the freeway. The occupants had safely exited the vehicle prior to their arrival.

A red Nissan Rogue was also involved in the collision. No serious injuries were reported by any of the involved parties.

The no.3 & 4 lane were temporarily closed while authorities cleared the scene.