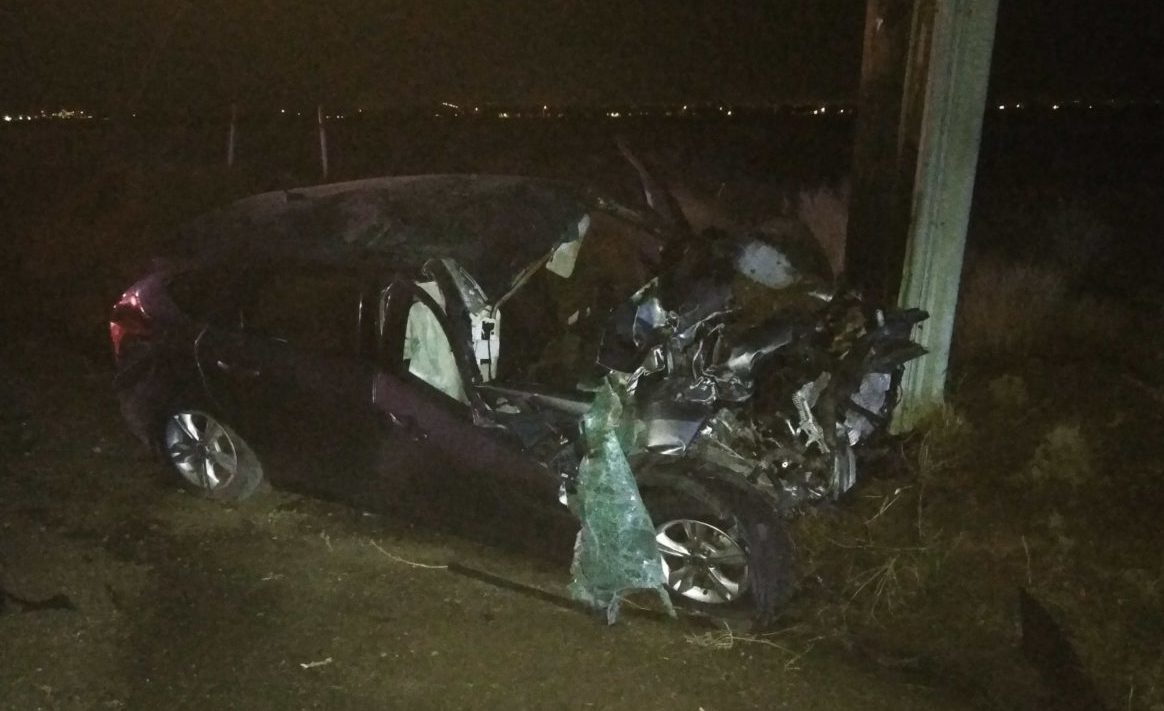 VICTORVILLE, Calif. (VVNG.com) — One person was airlifted to a trauma center following a fiery crash on Highway 395, just north of the California Aqueduct Friday night.

For reasons still unknown, at about 7:50 pm, the driver, and sole-occupant of a gray newer model Ford Focus hatchback lost control and collided with a utility pole as it traveled north on 395.

After the crash, thick smoke began billowing from the smashed engine area. Firefighters with San Bernardino County Fire responded and extinguished the fire.

The sole-occupant was classified as ‘immediate’ and firefighter requested an airship. Firefighters secured a landing zone in the sports field at Sunset Ridge Park in the 12800 block of Eucalyptus Street and the driver was airlifted to Loma Linda University Medical Center.

US Highway-395 was closed in both directions between Main Street and Bear Valley for approximately 1-hour while authorities cleared the roadway.

A Southern California Edison representative will respond to inspect the integrity of the utility pole, scanner traffic reported.

The official cause of the crash remains under investigation. Information will be updated as it becomes available.