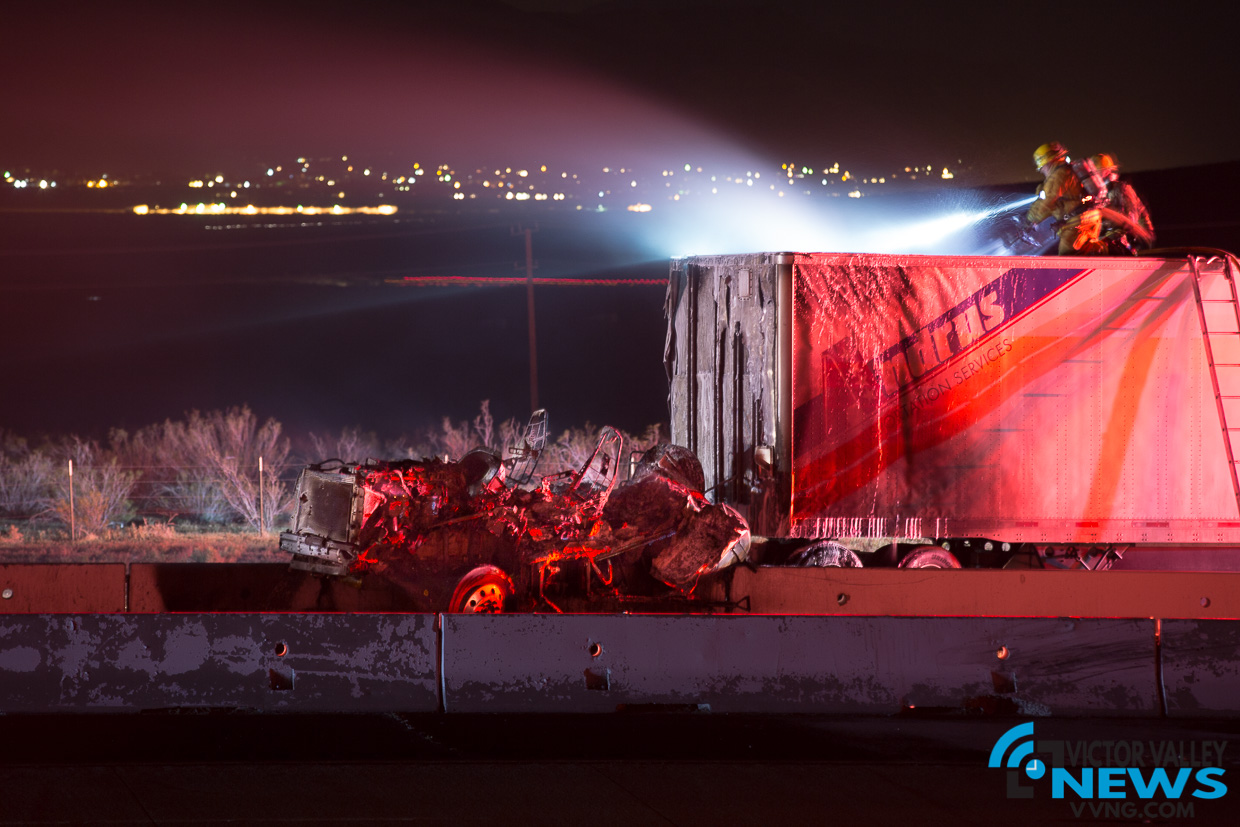 Just before 4:00 a.m. dispatch received reports of a traffic collision involving a semi on the NB I-15 south of Dale Evans parkway.

According to CHP Officer H. Poulsen, Tony Oliver, 45, a resident of Las Vegas, was driving a 2017 Freightliner/box trailer in the no. 3 lane at 75 mph, according to witnesses.

A tractor-trailer crashed into a pickup truck hauling a 5th wheel trailer causing both to erupt into flames. (Photo courtesy of Apple Valley Fire Protection District via Twitter)

Michael Drake, 64, a resident of Glendora, was driving a 2000 Chevy 3500/5th wheel directly in front of the Freightliner at about 45 mph.

Due to Oliver’s unsafe speed, he failed to slow his vehicle for the slower traffic ahead of him. The Freightliner struck the rear of Drake’s vehicle.

Oliver’s vehicle then veered to the left and struck the concrete wall in the center median.

No injuries were reported and alcohol and drugs are not considered to be a factor in the collision.