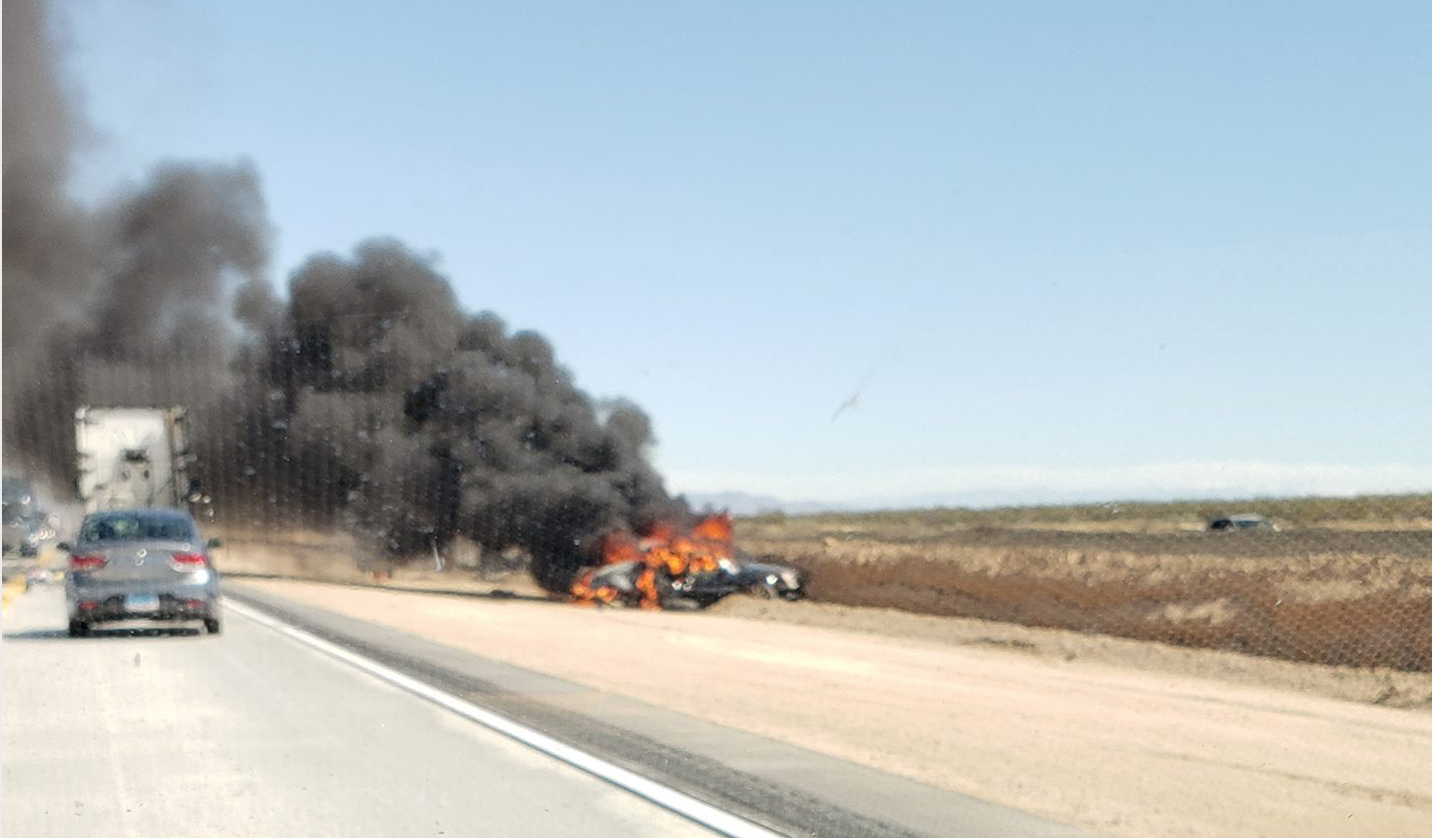 When First Responders arrived on scene, they located 9 people who were involved in the collision, two of them sustained critical injuries and required to be airlifted to trauma centers. 7 sustained moderate to minor injuries.

Two helicopters were requested to land at the scene.

Barstow Area CHP officers responded to the scene and established the following based on their investigations:

The driver of the Freightliner continued within the westbound lanes and for reasons still under investigation, failed to slow as he approached the above-mentioned vehicles, CHP officials confirmed.

The Freightliner collided into the rear of the Chevrolet and propelled the Chevrolet in southwesterly direction, towards open dirt terrain.

Following the collision, the Freightliner collided into the rear of the Cadillac and propelled it on southwesterly direction.

Due to the extent of the damage, the Cadillac became fully engulfed and the fire was subsequently extinguished by fire personnel.

After colliding into the Cadillac, the Freightliner continued in a westerly direction and later collided into the rear of the Nissan.

Upon colliding into the Nissan, the front of the Nissan impacted the rear of the Hyundai, propelling it in a westerly direction.

Due to the extent of the impact, the Nissan was crushed by the Freightliner and was pushed in a northwesterly direction.

The Nissan and Freightliner subsequently came to rest in the open dirt terrain, north of State Route 58.