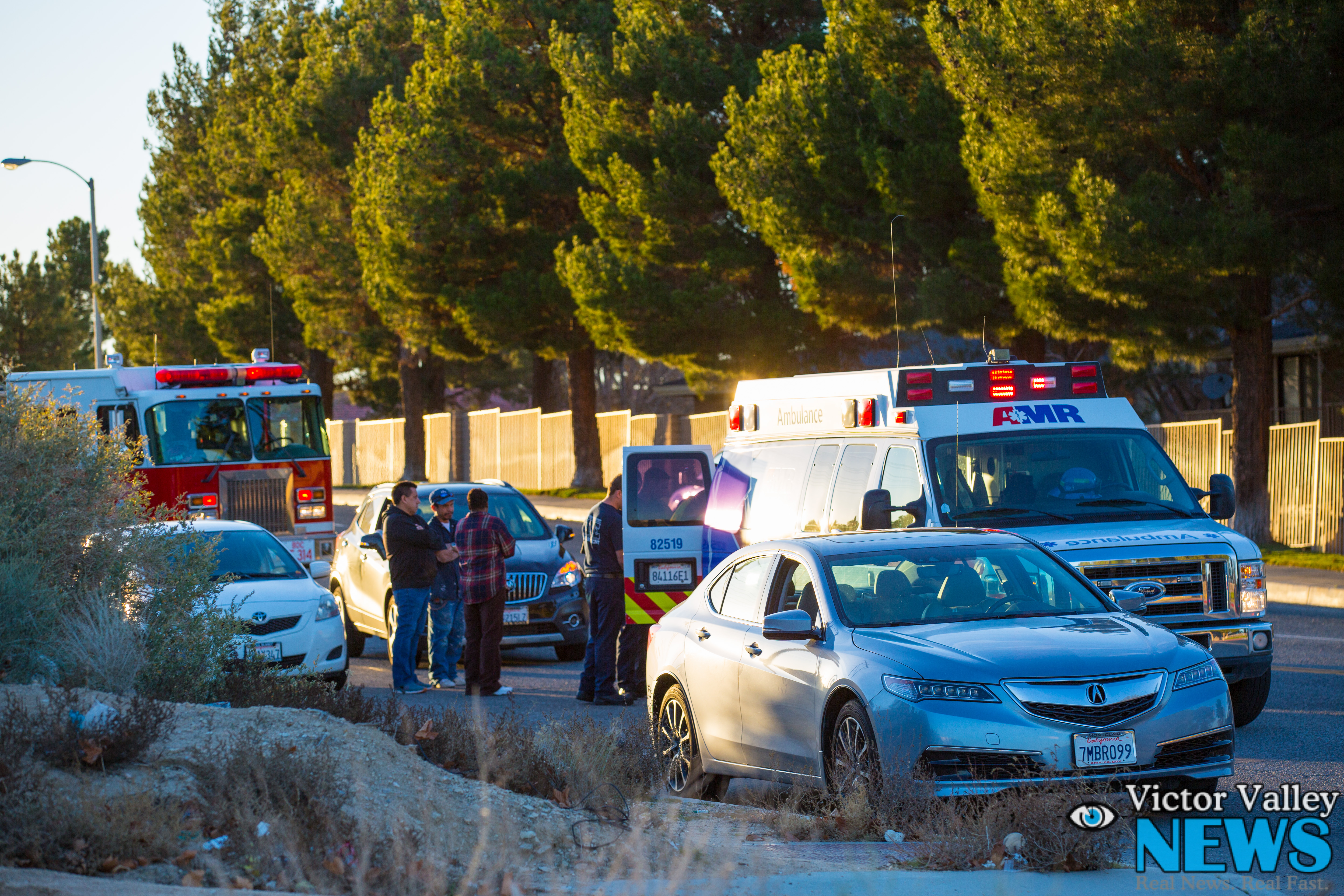 VICTORVILLE-(VVNG.com): On Wednesday at around 4:55 P.M., dispatch received a report that a female threw herself in front of a moving vehicle on Jasmine Street near First Avenue.

San Bernardino County Sheriff’s Department Spokeswoman, Mara Rodriguez said, “The approaching vehicle was able to come to a complete stop before the female threw herself onto the hood of the vehicle.”

The woman was transported to Desert Valley Hospital as a precaution. The pedestrian had no visible injuries and no other injuries were reported as a result of this incident.

According to scanner traffic, the female would be placed on an involuntary psychiatric hold.