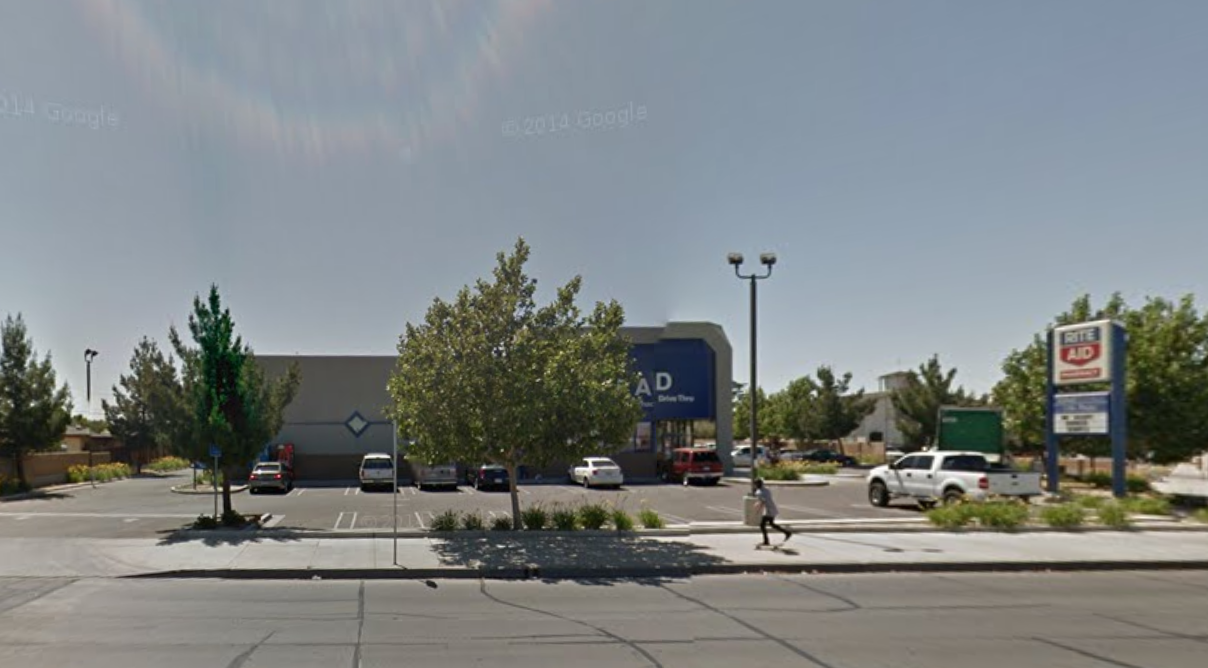 VICTORVILLE:(VVNG.com)- Just before 1:00 p.m. on Friday, August 14th dispatch received a report of a strong armed robbery at the Rite Aid located at 14629 7th Street in Victorville.

According to the reporting party, the suspect attempted to shoplift some cosmetics from the store and when stopped by the Loss Prevention Officer attempted to stop her  she pushed officer while fleeing the scene.

Witnesses described the suspect as a heavyset Hispanic Female adult wearing blue jeans with hair just past shoulder length and was seen leaving in a 2008 black Ford Taurus.

The reporting parties were able to collect the license plate number of the Taurus that was seen heading northbound on 7th Street.

Through investigation Deputies were able to find the last known address and identity of the suspect with use of the license plate number. Nancy Victoria Gonzales, 24 was arrested from her apartment home located in the 15700 block of Tuscola Road on Thursday at 2:09 p.m.

No injuries were reported as a result of this incident, the Loss Prevention Officer was left with only small scratches. Gonzales was booked into the West Valley Detention Center for strong armed robbery in lieu of $100,000 bail.