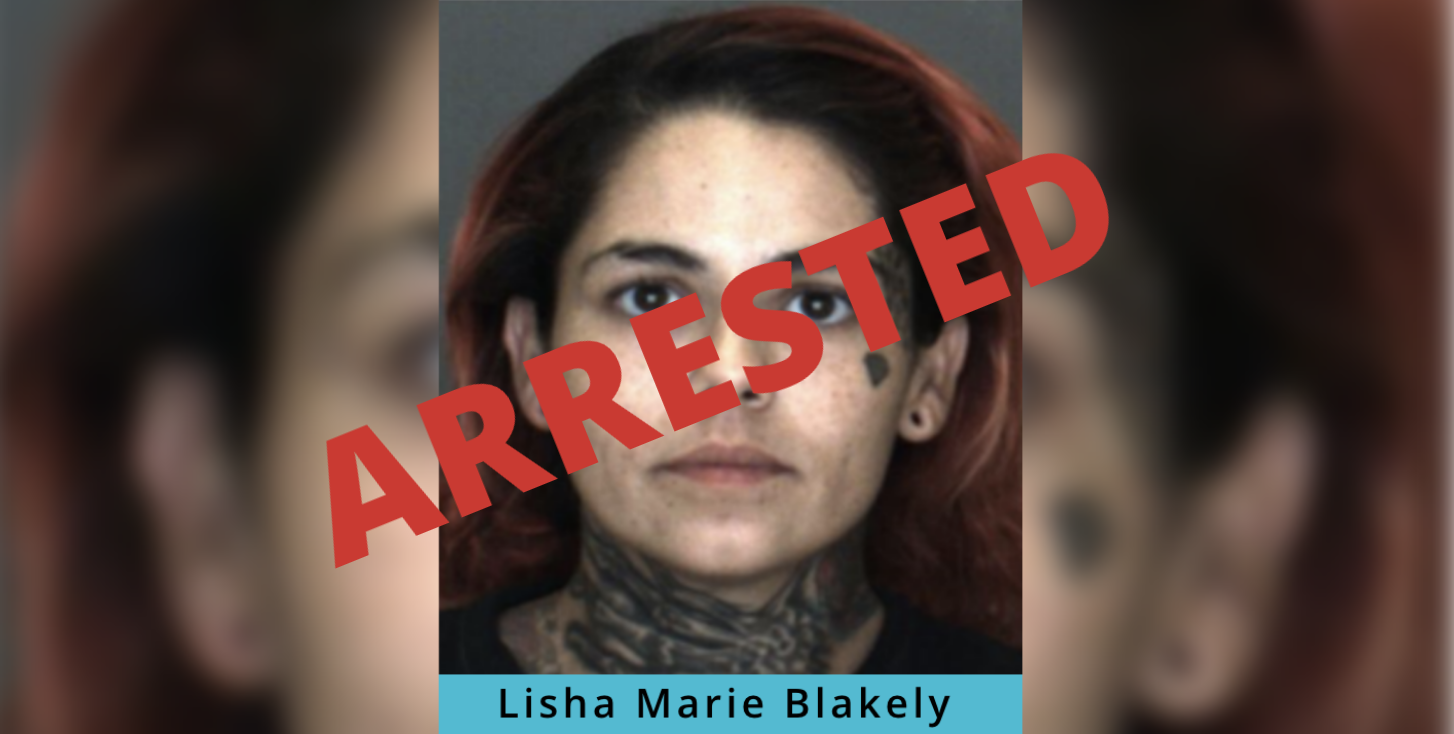 According to a sheriff’s news release, Lisha Marie Blakely met her victim, a 46-year-old man from Hesperia on social media and made plans to meet off-line.

On the morning of October 31, 2018, the victim picked-up Blakely and drove her to an unincorporated area of Apple Valley where Blakely reportedly pulled out a handgun and carjacked the victim, leaving him stranded on the side of the road.

The victim’s vehicle was eventually located but Blakely remained at large until Friday, November 2, 2018, when Deputy Kraft located Blakely in the 35000 block of Gobar Road in Lucerne Valley and arrested her without incident.

According to public arrest records, Blakely is jailed at the West Valley Detention Center and is charged with PC215(A) Carjacking and a bail of $300,000. However, she is also being held on three separate charges out of Riverside County. One of them is a no-bail hold for PC3056 Violation of Parole.

Blakely is scheduled for arraignment in a Victorville courtroom on November 6, 2018.