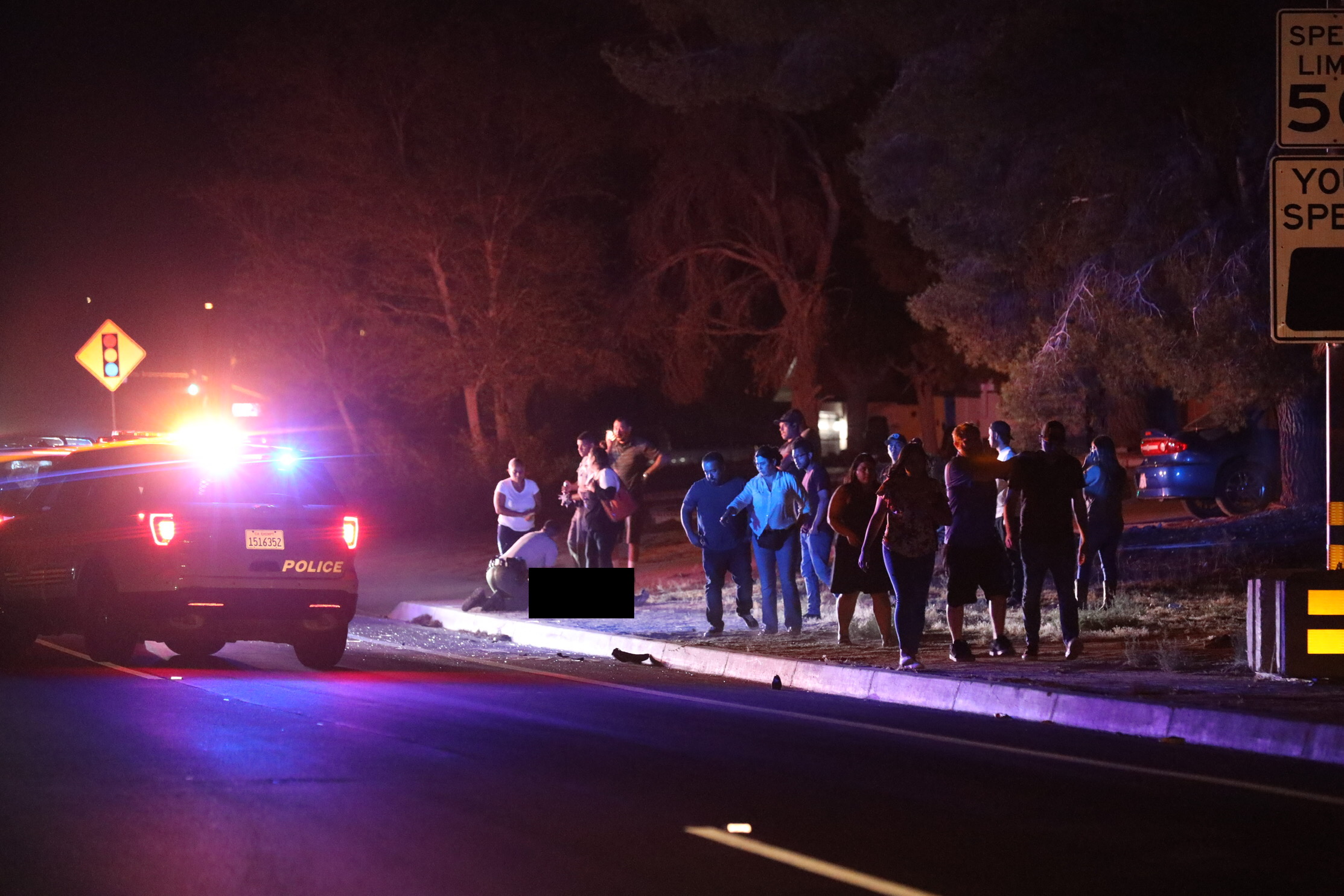 VICTORVILLE, Calif. (VVNG.com) — A female pedestrian died after being struck by a vehicle here Friday night.

It happened just before 11 pm, August 2, 2019, in the 16000 block of Village Drive between Blue Canyon Road and Oceanside Avenue.

A deputy from the Victorville Police Department was first to arrive on scene and immediately began performing life-saving measures on the pedestrian.

The Victorville Fire Department and AMR responded shortly after and continued CPR while transporting her to a local hospital, where despite all efforts, the pedestrian passed away.

“We were at a birthday party at the house in front of the scene, my husband heard a loud crash and went outside,” stated a witness of the aftermath, who requested to not have her name published.

“The people driving had stopped and asked ‘what did we hit? A Dog?’ and after being told it was a lady, they started crying. We called 911 and my friend began chest compressions,” the witness stated. “She looked like a young woman and was carrying a white blanket.”

The identity of the pedestrian has not been released, and the official cause of the crash remains under investigation.

Village Drive, between Oceanside Avenue and Blue Canyon Road, was expected to remain closed for several hours for an investigation.

Anyone who may have witnessed the crash is urged to contact the Victorville Police Department (760) 241-2911.