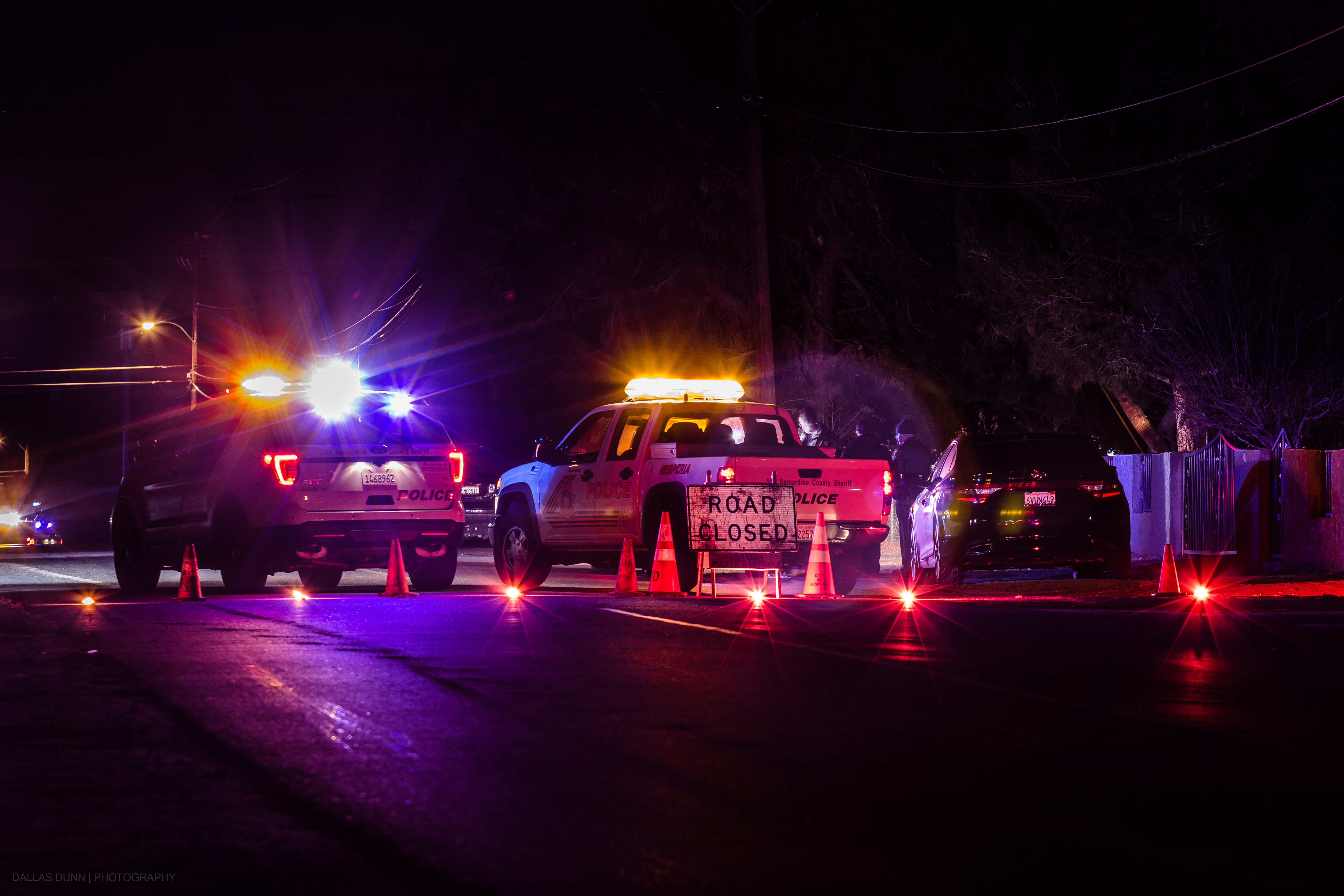 HESPERIA-(VVNG.com): Medical aid and deputies from the Hesperia station were dispatched to a report of a woman hit by a vehicle on Cottonwood Avenue and Walnut Street Monday night at about 8:00 p.m.

After being struck by the vehicle, the woman suffered from severe injuries to her head. An airship was requested, but later cancelled and the patient was transported by ground ambulance to Desert Valley Hospital. During transport traumatic CPR was in progress and despite lifesaving efforts, the patient succumbed to her injuries

The vehicle remained at the scene during the investigation, a closure was put in place on Cottonwood Avenue on Orange Street to Walnut Street in both directions until about 12:10 a.m.. There were no other injuries reported as a result of the collision. The cause of the collision is currently under investigation.

Anyone with information or anyone who may have witnessed the collision is asked to contact Deputy Brian LoVasco or Deputy Kevin McCurdy from the Hesperia Station. Callers wishing to remain anonymous are urged to contact the We-Tip Hotline at 1-800-78-CRIME (27463) or you may leave information on the WeTip website at www.wetip.com