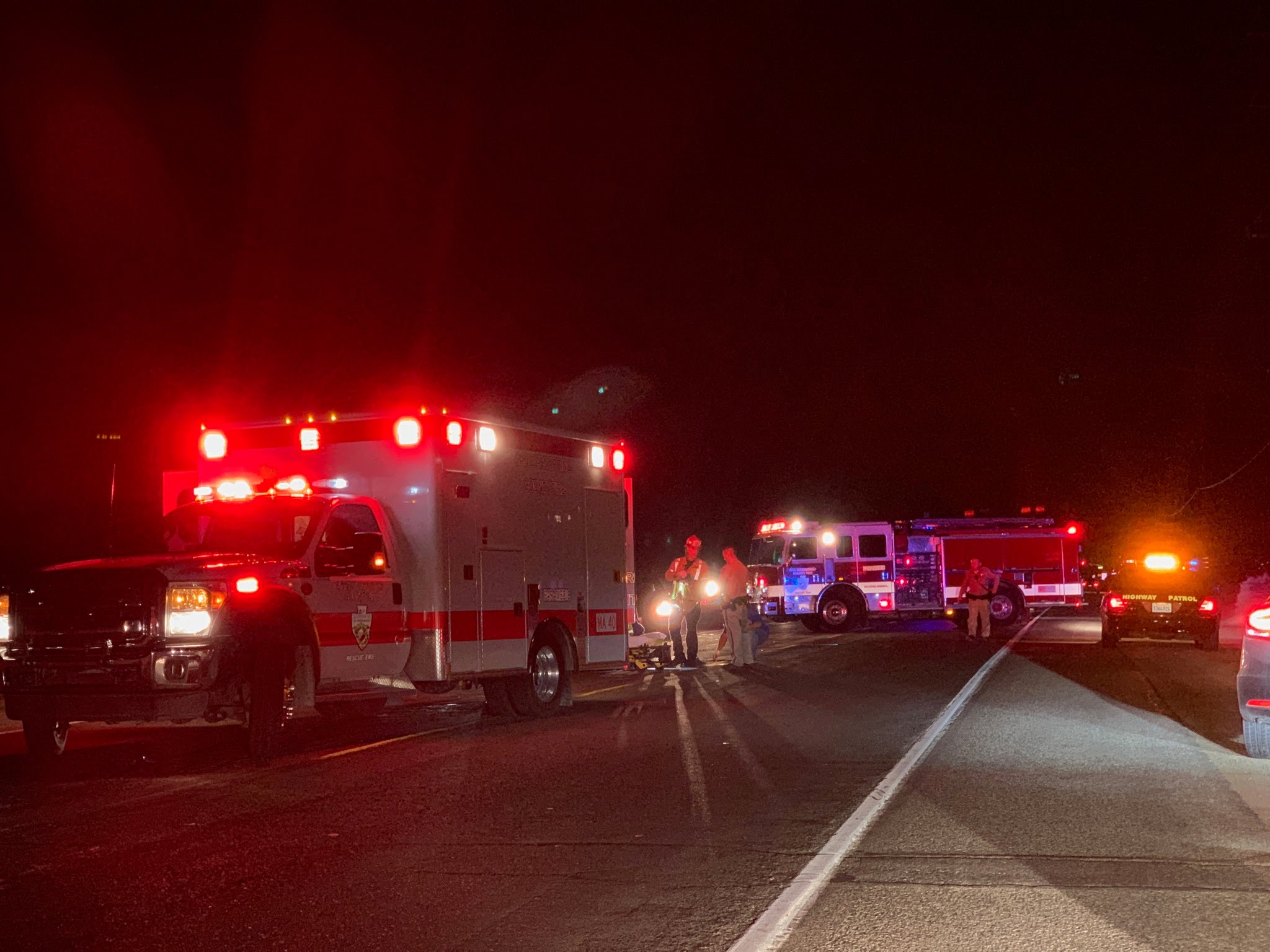 It happened just before 9:00 pm, on Phelan Road about half a mile west of Baldy Mesa Road.

First responders arrived on scene and located a female pedestrian down in the roadway suffering from major injuries.

A blue 2016 Toyota Scion iM with damage to the driver side was pulled over along the shoulder.

Victor Valley News Group member Colin Opseth said CPR was being performed on the pedestrian and was quickly loaded into a county box ambulance.

Scanner traffic reported the ambulance would continue to remain on scene waiting for the coroner’s arrival.

Phelan Road is shutdown in both directions for the investigation.

Anyone with information is asked to contact the Victorville CHP office at 760-241-1186.