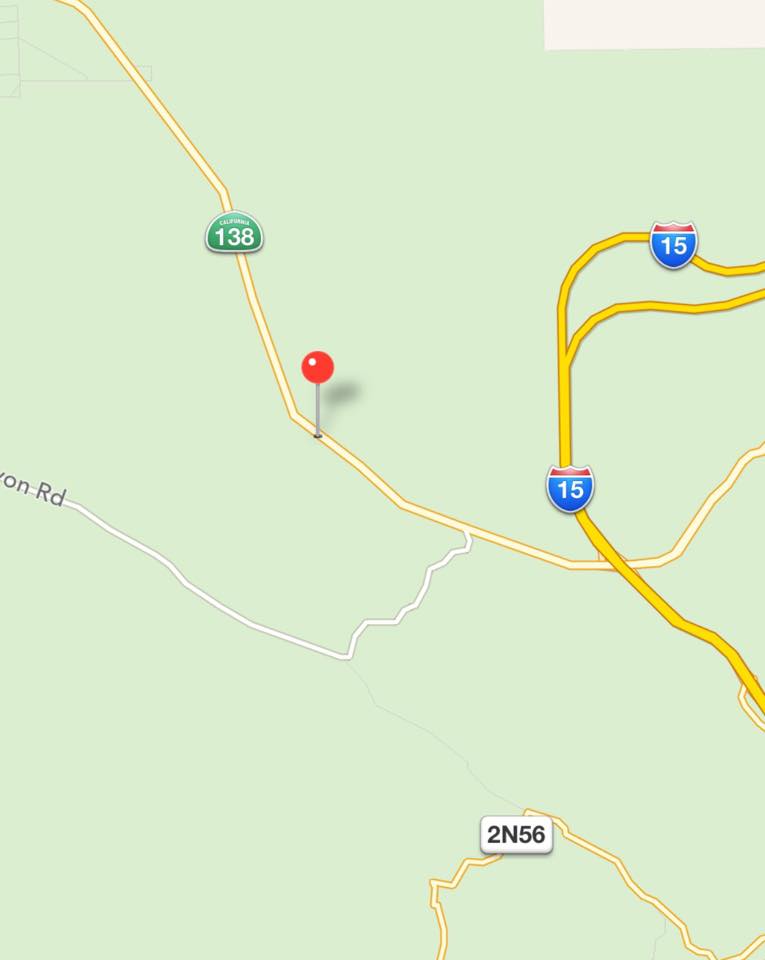 (VVNG.com)- Authorities say a woman is dead after she was struck by multiple vehicles along highway 138 south of interstate 15. The fatal incident was reported at 6:08 A.M., on Thursday, September 17, 2015 near Dyer-Fulp Road.

According to CHP incident logs, the woman was standing on the yellow line when she was first struck by the reporting party. Two other vehicles continued to hit her.

All westbound traffic on 138 is currently shut down at Summit and being diverted onto Lone Pine Road. According to officials, the roadway is expected to be closed for at least another hour for the investigation and cleanup.

The San Bernardino Coroner’s Department has been requested to respond to the scene.