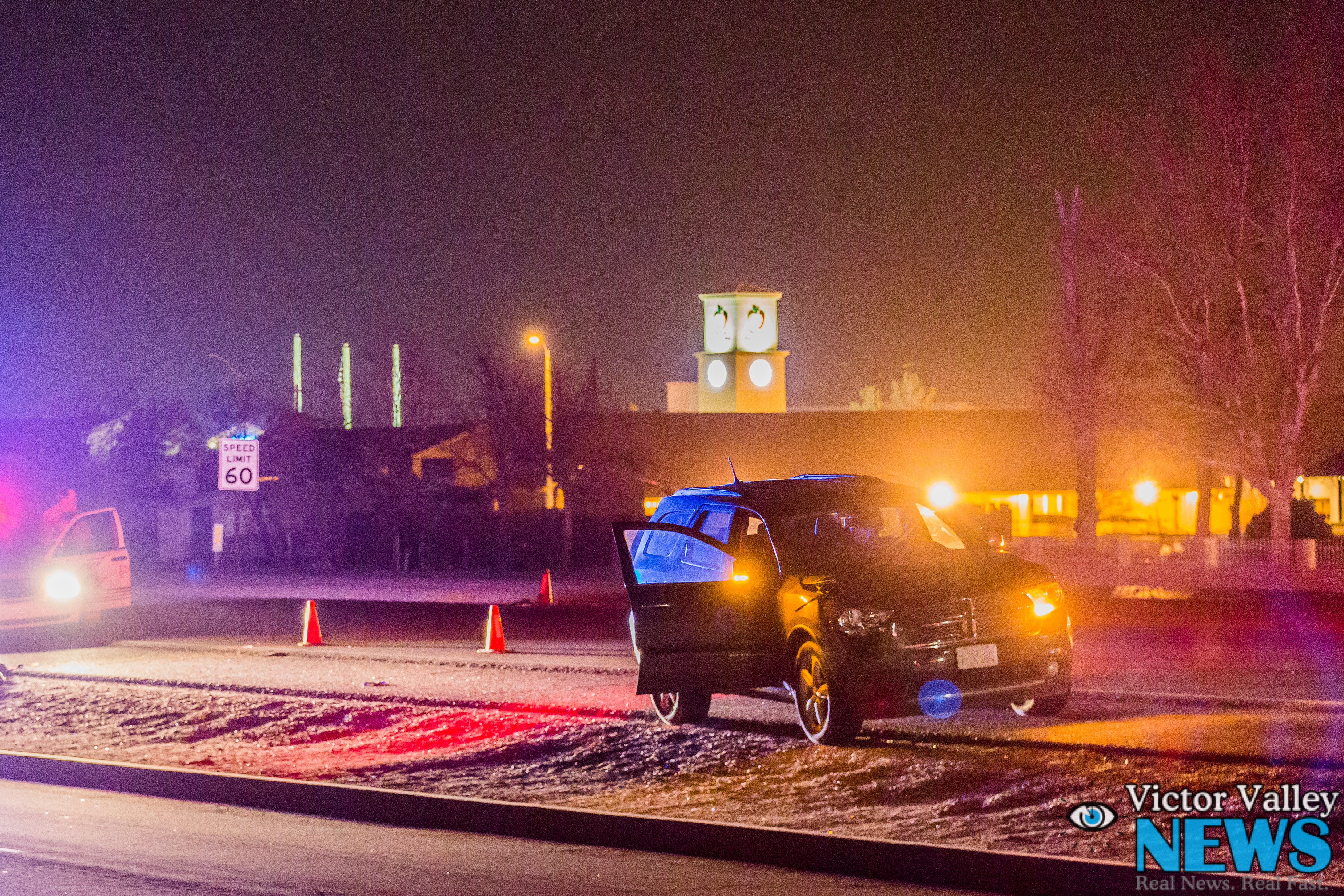 APPLE VALLEY-(VVNG.com): A pedestrian is dead after being hit by a vehicle on Highway 18 just east of Dale Evans Parkway on Sunday, March 6, 2016.

The report came in at approximately 6:38 p.m. and indicated that a pedestrian was struck and had no pulse. San Bernardino County Sheriff’s Officials said the driver was driving east on State Highway 18 and did not see the pedestrian who attempted to cross State Highway 18 from the north side without using a properly marked crosswalk. The driver stopped to render aid, but the victim succumbed to her injuries.

San Bernardino County Sheriff Sgt. Marks told Victor Valley News that the Hispanic female pedestrian is estimated to be around 40 years old.  There were no other injuries reported as a result of the collision.

The speed limit on Highway 18 is set at 60 miles per hour, making it a very dangerous highway to those who attempt to illegally cross or walk alongside the highway. This is the second fatality in the area in just over a month, the last being a man that was hit by two vehicles on January 29th.

The Major Accident Investigation Team (MAIT) was called to the scene and will be conducting the investigation.

According to Sgt. Marks, eastbound Highway 18 is closed from Bass Hill Road to Flathead Road and will remain closed through the early hours of Monday morning. Outer Highway 18 South will also be closed, but will remain open to residents.

A Dodge SUV remained at the scene of Highway 18 in Apple Valley where a female pedestrian was struck and killed. (Gabriel D. Espinoza, Victor Valley News)