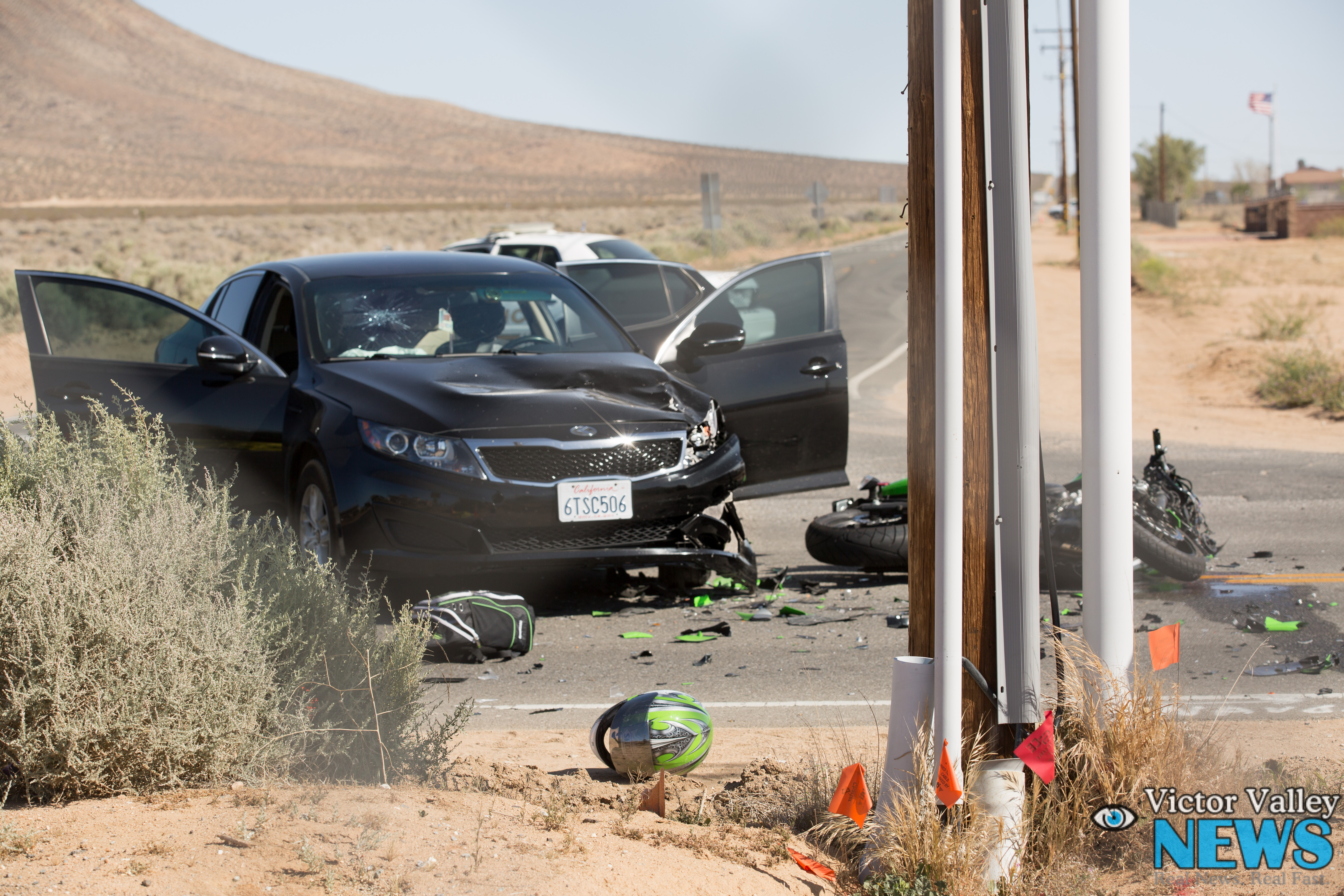 APPLE VALLEY:(VVNG.com)- The San Bernardino Coroners Department has released the identity of the female motorcyclist killed in a traffic accident on Thursday, April 16 2015.

45-year-old Burnetta Marie Quaid, a resident of Apple Valley, was the driver and sole occupant of a 2008 Kawasaki motorcycle when her vehicle collided with a 2010 Kia Optima at the intersection of Waalew Road and Dale Evans Parkway.

“This has really affected me all day since I posted this. Watching the paramedics work on trying to save her life. Although I didn’t know her. Or even her name my family and I are going about 845 to put candles for her. That’s the least I could do. May she rest in peace and I am very sorry to her family and friends for such a tragic loss.”-Kathleen Shute

According to authorities, at approximately 6:45 A.M., Quaid was traveling westbound on Waalew Road and a black four-door Kia was stopped at Dale Evans Parkway. The driver of the vehicle attempted to make a left turn on to Waalew Road and struck the motorcyclist.

The female juvenile driver and her male juvenile passenger were uninjured and did not need medical attention. Paramedics responded and Quaid was pronounced dead at the scene.

“A couple of my coworkers and I performed CPR on her until EMS arrived but she didn’t make it, stated Cindy Woodman.

Those who knew Burnetta refer to her as “Bunny”. Victor Valley News Group member, Lorraine Wentworth, had the following to say about Burnetta, “We played softball together so many years ago for years. We lost contact for a few years and I ran into her about a year ago at the doctor’s office. Back in the day when she played she was an awesome softball player. she had the sweetest most caring personality anyone could have and always kept us laughing. She was part of our softball family and will be dearly missed.”

“I will love and miss you. You were a great rider and a very responsible woman. I know you will be with us and watching over us…just make sure you keep God laughing and DONT cheat him at cribbage, said Michael Cheek Sr.