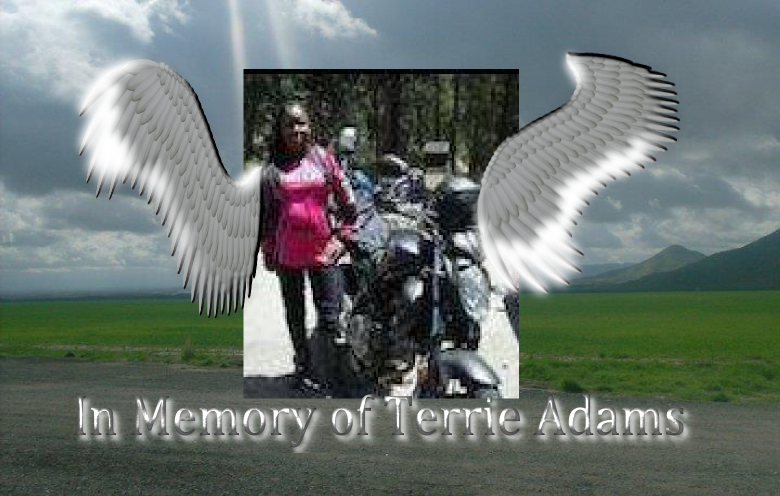 APPLE VALLEY: (VVNG.com)- On Thursday, September 18th motorcycle riders in the Victor Valley area were again concerned about the news of a motorcyclist described as a female being airlifted to Arrowhead Regional Medical Center. The 51-year-old woman later identified as Terrie Adams from Apple Valley had collided with another vehicle at approximately 6:50 a.m. when she was heading to work.

The accident on the 21000 block of Waalew Road in Apple Valley occurred when a  1991 Nissan, driven by a 56-year-old male was traveling west on Waalew Road and was attempting to make a left turn into the mobile home park.  Adams, who was driving a motorcycle west on Waalew Road attempted to pass the Nissan and struck the vehicle, according to authorities.

Terrie a woman who was well-known and loved by many biker friends had fought and beat cancer just a couple of years prior to the devastating accident. Family and friends felt if anyone could get through the severe injuries that she was fighting throughout her almost month in the hospital that it would be her. On October 13th, Adams died due to complications from the injuries sustained in the motorcycle accident.

Terrie was described as a strong woman who had met the love of her life, fellow biker, Michael Adams who she married in 2009. Terrie leaves not only her husband behind, but also her children who are grown but will forever be changed by the loss of their mother. One of her sons called her the best mom a child could ever have, describing her as supportive and understanding.