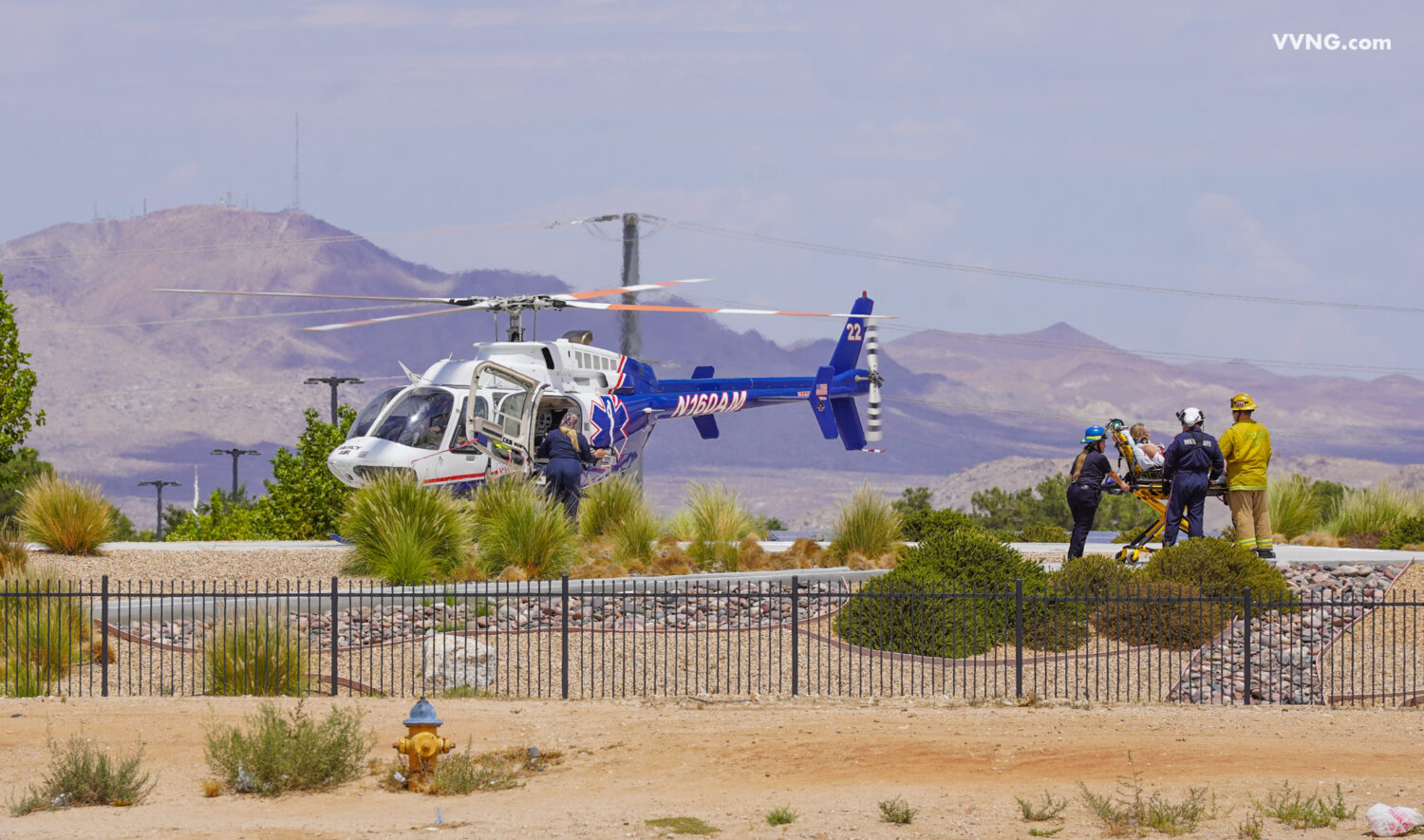 VICTORVILLE, Calif. (VVNG.com) — A female motorcyclist was airlifted to a trauma center after a crash Tuesday in Victorville.

At approximately 11:52 a.m., on August 16, 2022, dispatch received a call reporting a single motorcycle accident at the intersection of Ottowa Street and Hesperia Road.

Sheriff’s spokeswoman Tricia Blake told VVNG the caller reported the female rider was bleeding on her left side and had “road rash” on her left arm.”

Firefighters requested a helicopter to land at Desert Valley helipad and Reach 43 subsequently airlifted her to Loma Linda Media Center.

The spokeswoman said the rider was wearing a helmet and sustained minor injuries.

Sheriff Service Specialist M. Felix from the Victorville Police Department responded to the scene and conducted the investigation.