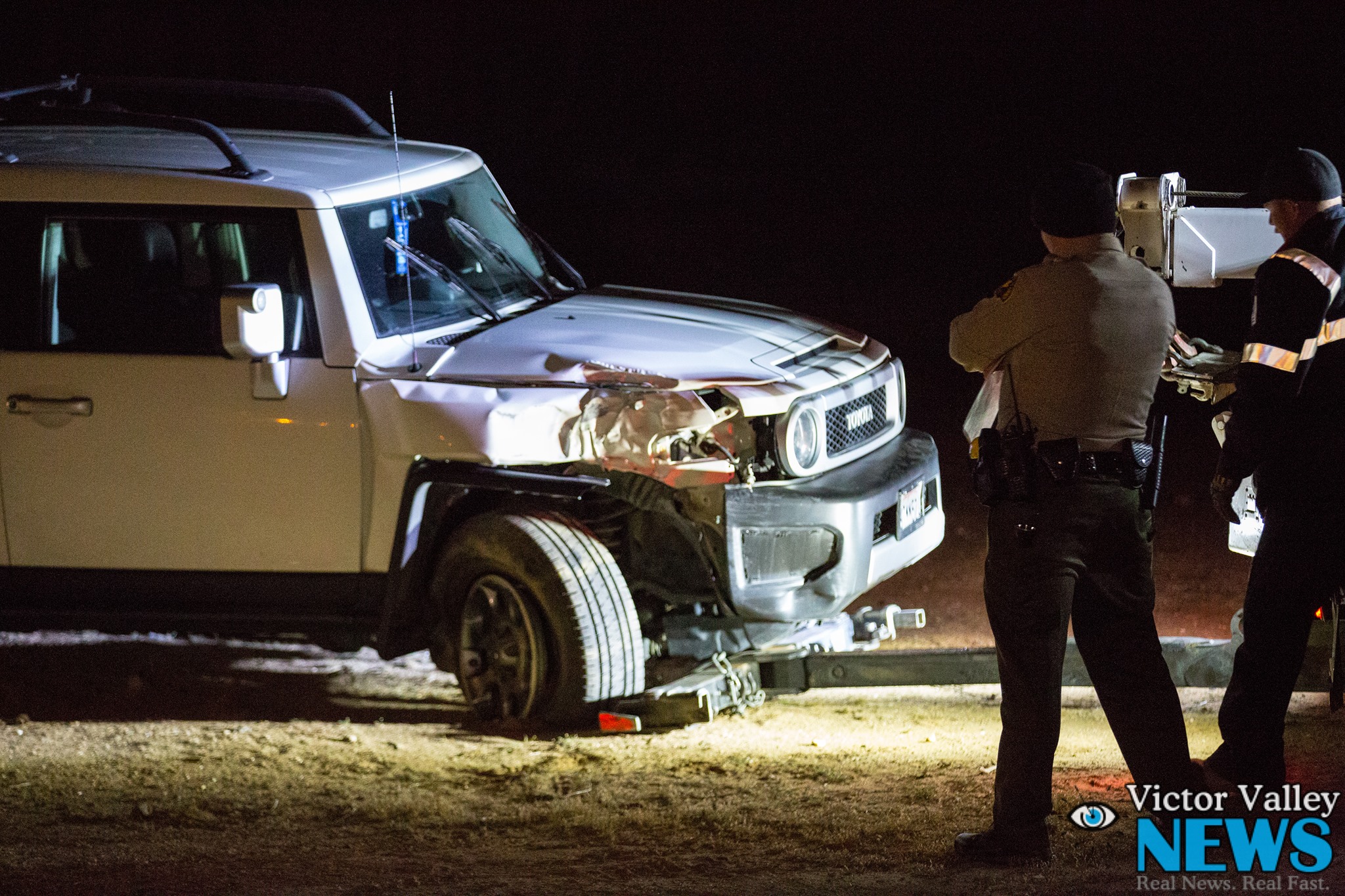 ADELANTO-(VVNG.com): A 44-year-old woman was taken into custody after allegedly hitting a parked vehicle, and speeding away then crashing into a light pole while driving under the influence Thursday night.

At around 9:18  p.m. deputies from the Victor Valley station responded to a call that a white Toyota FJ-Cruiser hit a parked vehicle on Star Street in Adelanto and fled the scene.

Adelanto resident Maria Noriega said that her neighbors called her to tell her that something happened to her van. When she arrived home she said the deputy had to leave because they believe the involved vehicle hit a pole and was trying to leave.

“He eventually returned and said that is was a woman, that she was drunk and she is a correctional officer,” said Noriega.

When deputies arrived they found the woman, identified as Sharon Wilson, who was believed to be intoxicated in the desert area inside the SUV.

She was taken into custody for driving under the influence and hit and run causing property damage. Wilson was cited and released at 5:46 a.m. on Friday. According to arrest records, Wilson has no court appearances scheduled at this time.

Southern California Edison was called to the scene to repair the light pole.