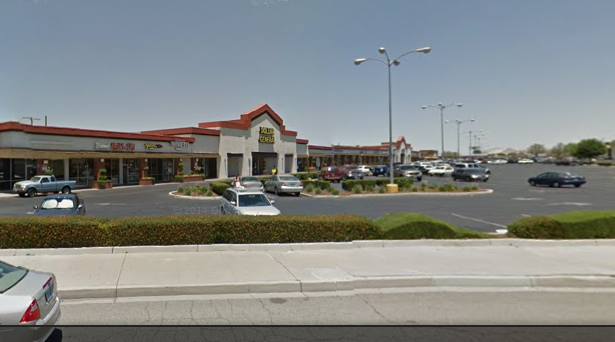 VICTORVILLE:(VVNG.com)- At approximately 7:30 p.m., just after exiting the Victor Valley transit bus #32 arriving in Victorville from the Adelanto area, a 27-year-old Adelanto woman was robbed outside of a Dollar General Store near Lorene and 7th. The woman had just exited the bus with her 1 ½ year old child, she had been riding the bus along with her cousin, who walked ahead to go make a purchase at the store.

As soon as her cousin walked away, two black males who appeared to be in their early 20’s approached the female. She recognized the two as two individuals who had been passengers on the same bus as her, riding from the Adelanto area. The woman was pushed then her wallet was stolen out of her back pocket. The thieves also attempted to steal her phone, but the one who grabbed it dropped it in the water filled gutter area.   The woman and her baby screamed, causing the pair to run away.

The thieves got away with her wallet containing her social security card, her credit card, her ID and $50 cash. The police took a report and are currently investigating the robbery with the help of store and bus surveillance. If you have any information regarding this incident you are urged to report it to the Victorville Police Department (760)241-2911.