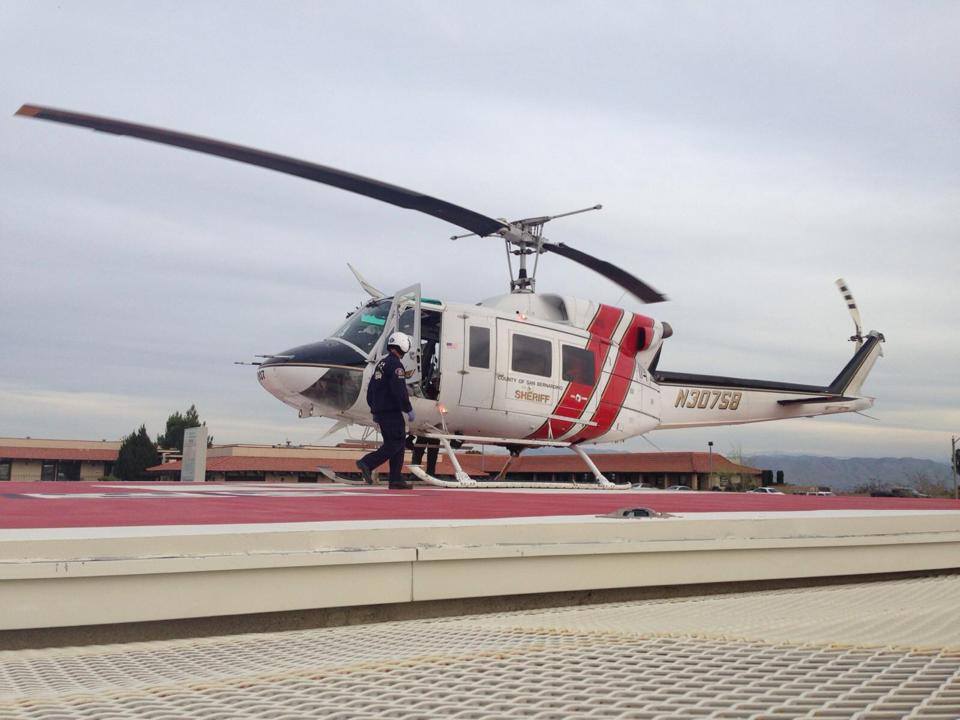 The helicopter was flying over the are of the 15 freeway/Joshua/Hwy 395, in Hesperia patrolling the High Desert when it was struck multiple times. The laser was being pointed from a moving vehicle traveling along the northbound 15 freeway.

Both the pilot and flight officer were temporarily blinded by the laser beam. The helicopter crew was able to follow the vehicle and direct Hesperia Deputies to their location. Deputies quickly identified a female passenger in the vehicle as being involved with the incident. They also located the green laser which was used to target the helicopter.

Jenny Gutierrez, 19, was arrested and booked into the High Desert Detention Center under Penal Code Section 247.5 Pointing a laser at Aircraft.

Laser strikes have increased this year across the country. These devices have been pointed at planes, airliners and helicopters from miles away. The light is often diffused by the plane’s windshield and can temporarily blind pilots.

If anyone has information about a laser strike or witness someone pointing a laser at an aircraft immediately call 911.

Free Pancakes at IHOP Today only!