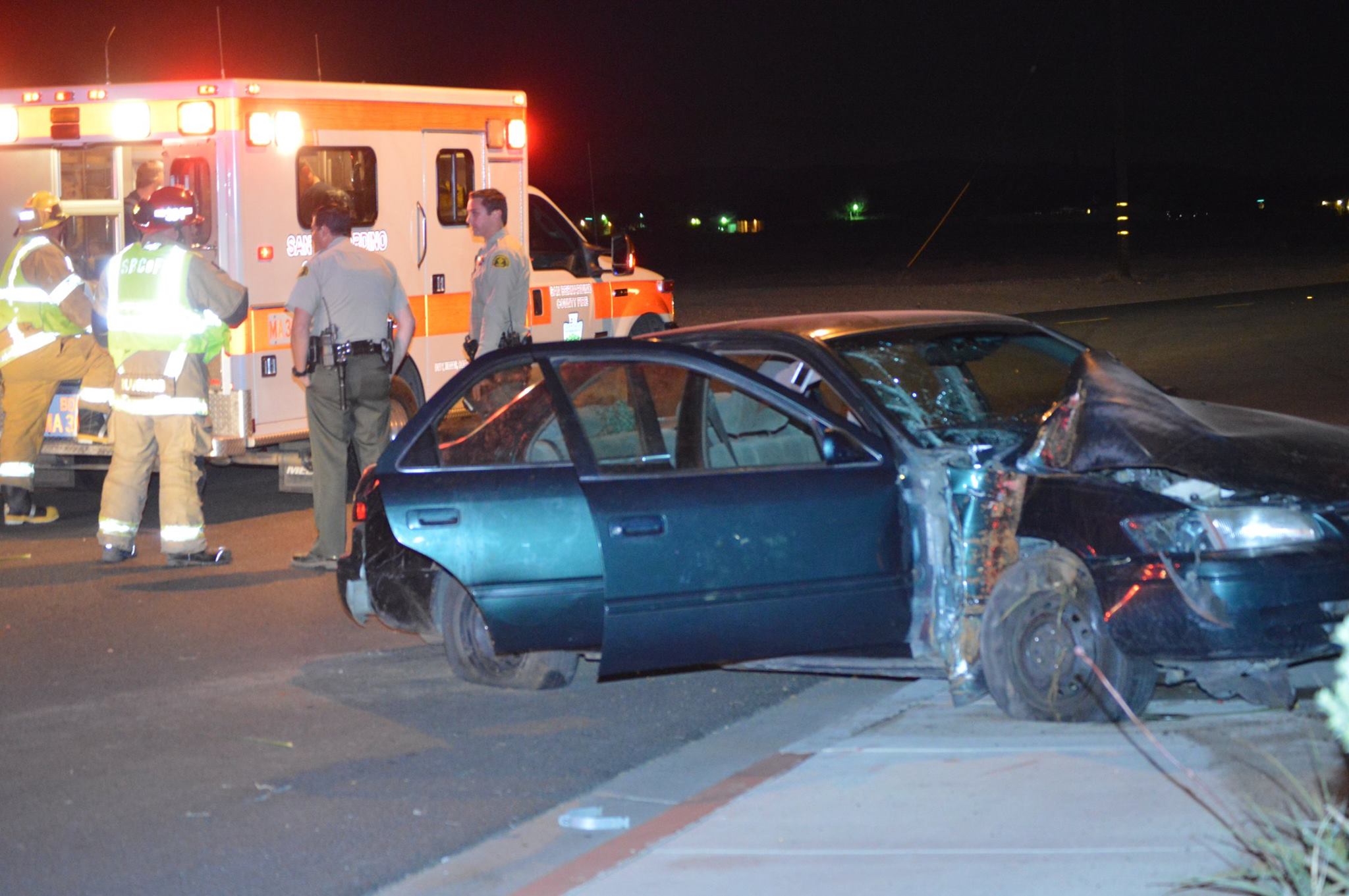 HESPERIA-(VVNG.com):  At approximately 11:30 P.M., dispatch received a report of a single vehicle traffic collision at Mariposa Road and Maple Avenue. According to the deputy on scene the Black Toyota Camry was heading northbound, when for unknown reasons lost control at the curve causing the driver to hit the curb then the light pole.

The Hispanic male juvenile fled eastbound on foot leaving his female passenger inside the wrecked vehicle. Deputies at the scene had determined the identity of the juvenile, but because of his age it was not disclosed.

The female cried out in anguish as she was removed from the badly damaged vehicle and placed on the ambulance stretcher. She was transported by ground ambulance to a designated landing zone to be airlifted to Arrowhead Regional Medical Clinic for treatment for a possible fracture to the left Tibia.

At this time it is unknown if the male driver has been detained, information will be updated as it is received.