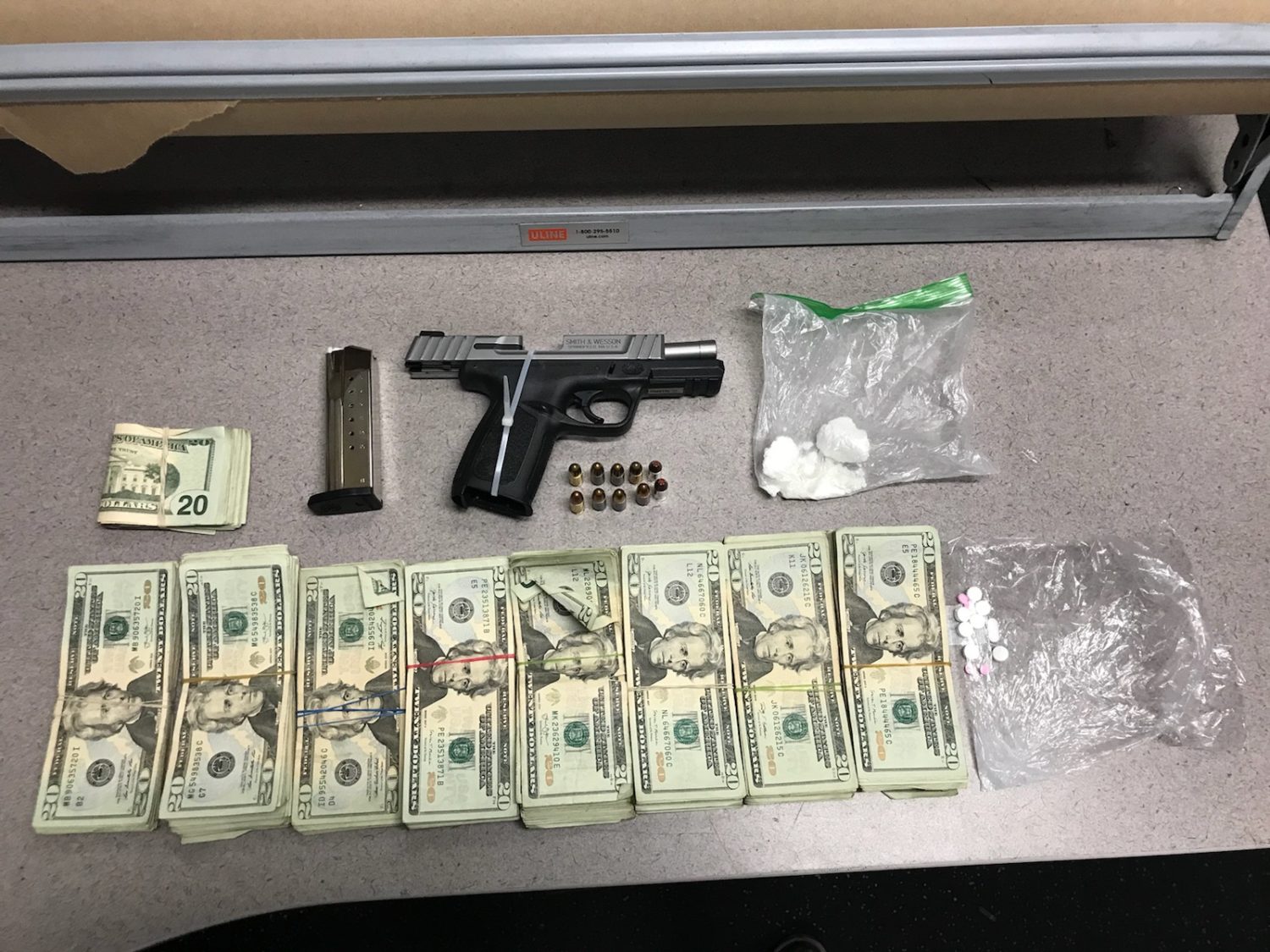 VICTORVILLE, Calif. (VVNG.com) — A 23-year-old previously convicted felon was arrested on firearms and narcotics charges, while out on bail for an unrelated charge.

On October 9, 2021, Deputy Carroll with the Victorville Police Department, spotted a 2021 Nissan Versa which had been reported stolen out of Victorville on October 4th.

The deputy conducted a traffic stop in the area of Nisqualli Road and Seventh Avenue in Victorville. During the stop, the driver of the vehicle identified as Taj Carter was detained.