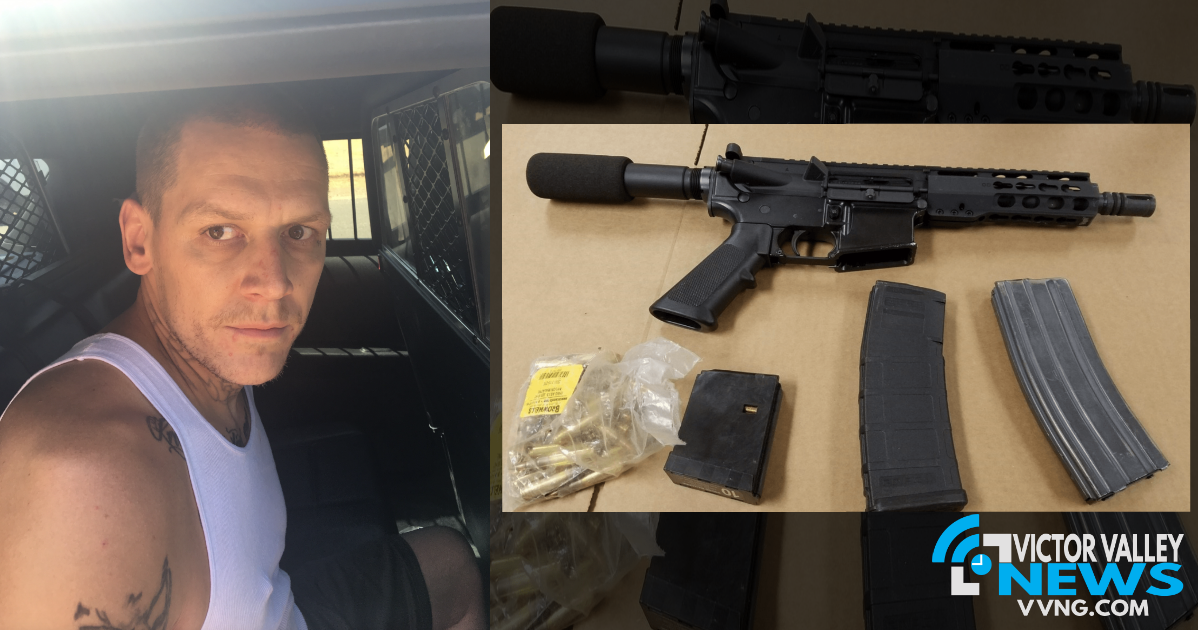 HESPERIA, Calif. (VVNG.com) A routine traffic stop led to the arrest of a convicted felon found to be in possession of a firearm and a high-capacity magazine, officials said.

Michael Anthony Lanning, 30, a resident of Apple Valley, was arrested July 26, in the area of Birch Street and 2nd Avenue in Hesperia.

As the High Desert Gang Enforcement Team continues to crackdown on gang members, they were conducting a “proactive patrol” when they initiated a traffic stop.

Once the vehicle came to a stop, two White male adults exited and fled on foot. “Deputies observed one subject attempting to discard a backpack by throwing it away from the vehicle,” officials said.

After a brief pursuit, both suspects were detained and identified as Michael Lanning and Steven Baird. “Both are known to have ties to local gangs in the high desert,” officials said in a news release.

Deputies recovered the backpack and found an assault rifle and two loaded 30 round magazines inside.

The report will be submitted to the District Attorney’s Office for possible future charges against Steve Baird.

“This case is a perfect example of the hard work the men and women of this department do on a daily basis to keep our communities safe. Our Gang Teams will continue to target gang members that are terrorizing our communities,” stated Sheriff John McMahon.

Residents are encouraged to report suspicious persons and vehicles in their neighborhoods. Criminal activity can be reduced by working together with law enforcement officials. You are urged to call 911 for an incident that is occurring at that time or, the non-emergency dispatch number for the high desert is
(760) 956-5001.