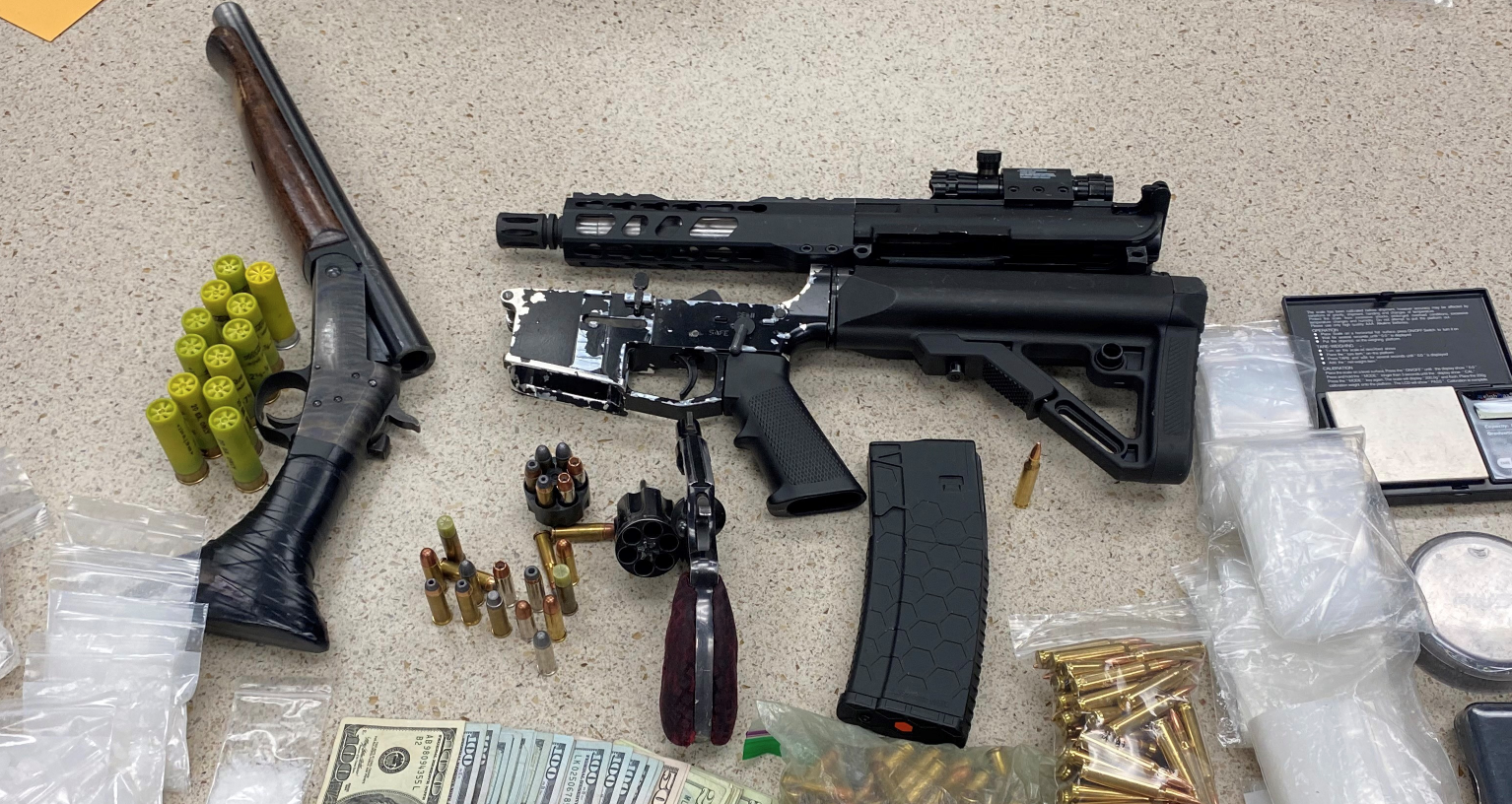 VICTORVILLE, Calif. (VVNG.com) — A previously convicted felon from Victorville was arrested during a traffic stop in San Bernardino after he was found to be in possession of firearms and narcotics for sale, officials said.

It happened on Saturday, December 5, 2020, at approximately 9:21 PM, in the area of Highland Avenue and Victoria Avenue.

Deputies conducted a traffic stop on a vehicle with illegal window tint and made contact with the driver identified as 51-year-old Martin Entler.

According to a news release, Entler was the sole-occupant in the vehicle and did not have a driver’s license. Officers also determined he had an active warrant for his arrest.

“During an inventory search of Entler’s vehicle before it was towed, deputies located three (3) firearms; a .38 special loaded handgun, a 20 gauge sawed off shotgun, and a black short barreled AR-15. All firearms had their serial numbers scratched off,” stated the release.

In addition, deputies located approximately 358 grams of methamphetamine, a large quantity of clear plastic baggies used for the individual packaging of drugs for sale, three (3) functioning digital scales, and $2,400 in cash.