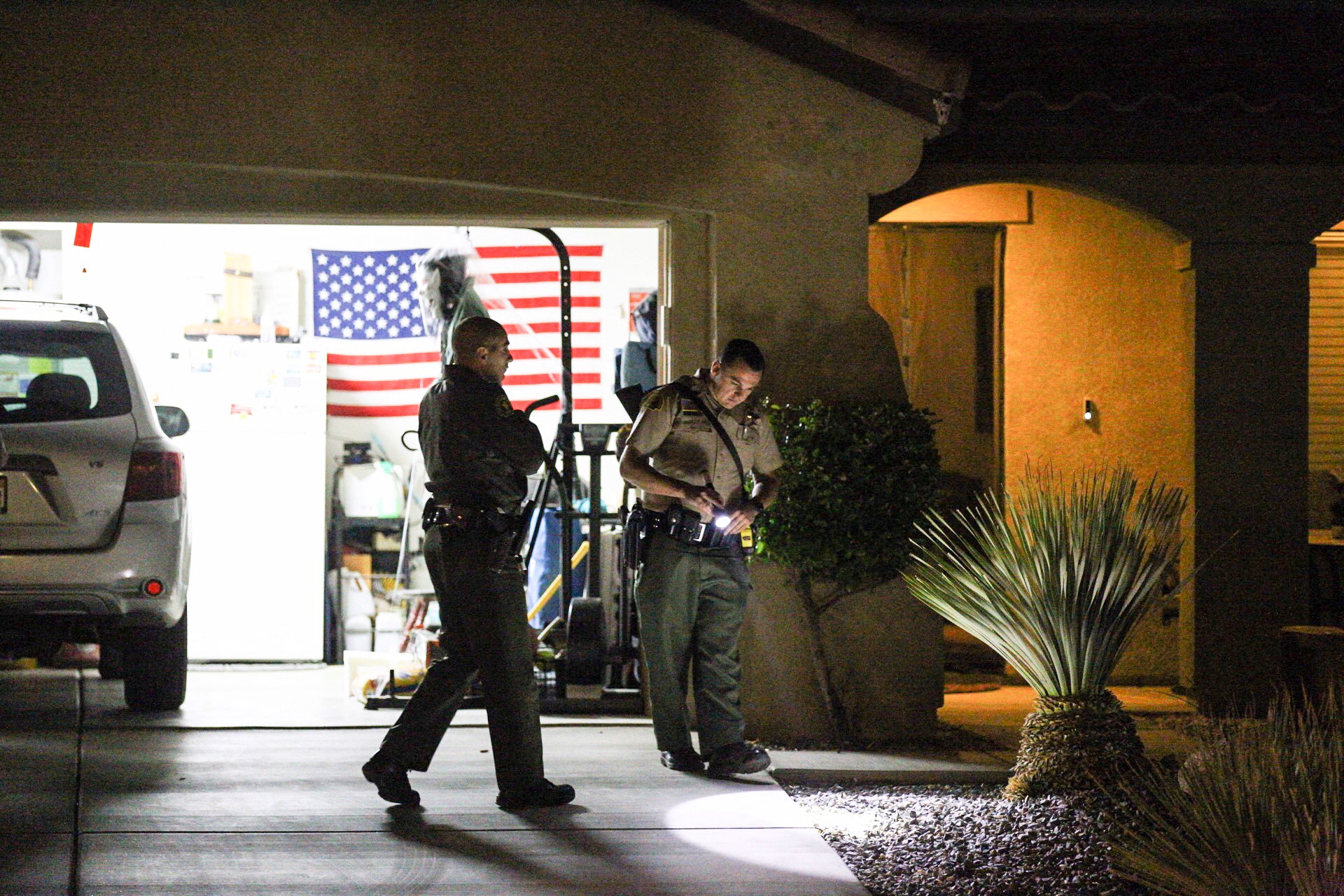 VICTORVILLE, CA:(VVNG.com)- A convicted felon was arrested Tuesday night after firing over a dozen rounds from a rifle in a Victorville neighborhood.

On October 25th at 8:57 p.m. deputies responded to the 16900 block of Grand Triassic Lane in Victorville reference multiple shots heard. Callers reported seeing a Hispanic Male firing rounds from a rifle into the air outside the residence.

Deputies arrived on scene and detained a male, later identified as Jose Louie Mendoza, 39, a resident of Victorville, matching the description given by reporting party’s, authorities said.

According to Sheriff’s spokeswoman Mara Rodriguez, “During a check of the suspect’s garage, deputies located a plastic gun and an AR-15 style rifle inside.”

During the investigation, a total of 15 spent rounds were located in the driveway as well as three magazines with unspent rounds.

“Deputies were able to view surveillance from a neighbor’s residence and the suspect is seen standing outside of his garage. The video also shows muzzle fire coming from where the suspect was standing,” stated Rodriguez.

Jose Mendoza is a previously convicted felon and is prohibited from owning any firearms. Mendoza was arrested and booked into the High Desert Detention Center for the willful discharge of a firearm, felon in possession of a firearm and ammunition.

Public booking records show Mendoza was released on bail on Wednesday, October 26th and has no scheduled court appearance.