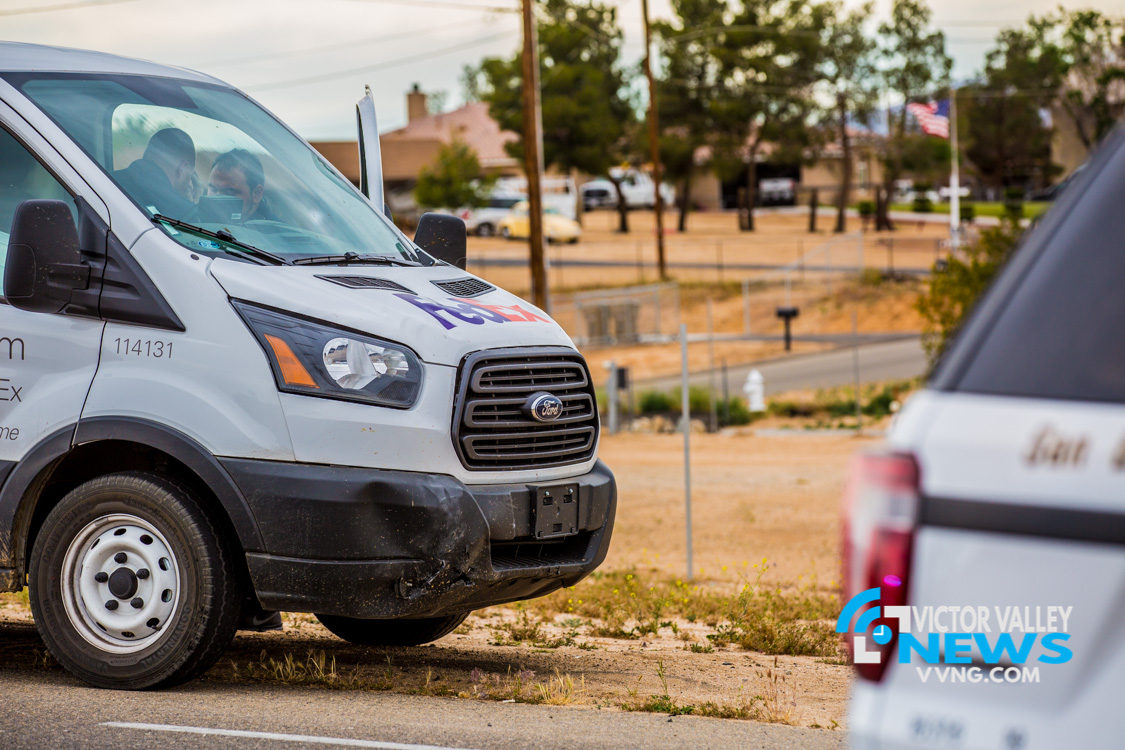 HESPERIA, Calif. (VVNG.com) A teen boy riding a dirt bike was airlifted to a trauma center after crashing with a FedEx van Wednesday afternoon.

At about 4:00 pm dispatch received reports of a vehicle versus motorcycle on Peach Avenue near Atlantic Street in Hesperia.

Deputies arrived on scene and located a FedEx van and two dirt bikes down on the shoulder along Peach Avenue.

According to authorities, the FedEx van was traveling northbound on Peach Avenue and the dirt bike rider was traveling westbound on Atlantic when he crossed into the path of the van.

The driver was unable to stop and struck the dirt bike causing the teen to land in the roadway. A second teen on a separate dirt bike was not injured, however, was visibly shaken from witnessing the accident.

The teen was transported to Desert Valley Hospital by ground ambulance to an awaiting airship. Deputies at the scene said the teen’s injuries were serious but not life-threatening.

According to a deputy, neither of the juveniles were wearing a helmet at the time of the crash.

Peach Avenue was closed between Atlantic and Pacific Streets for about one hour while authorities investigated the crash.

[button color=”” size=”” type=”square_outlined” target=”” link=””]SAFETY MESSAGE: Operating a dirt bike on paved or dirt streets within the Hesperia City limits is illegal and the Hesperia Sheriff’s Department will be conducting enforcement to ensure the public’s safety.[/button]