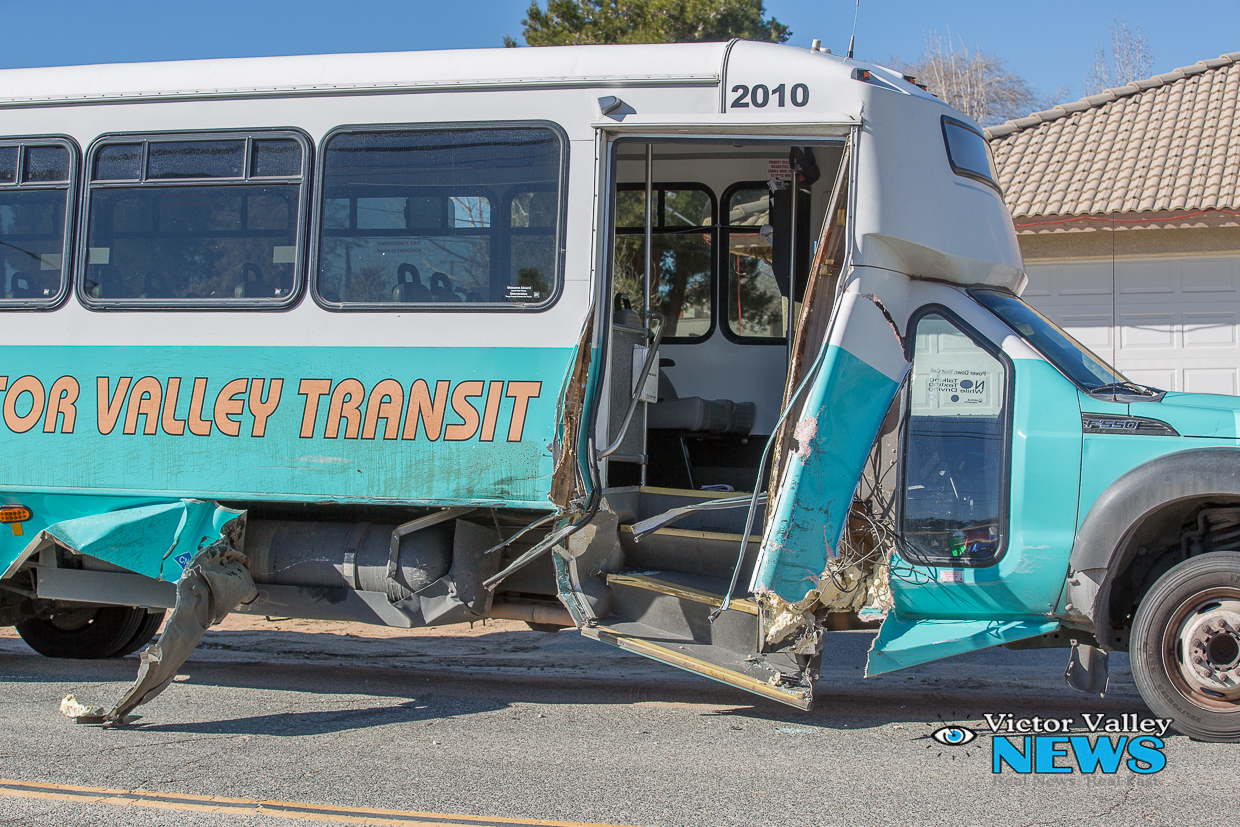 HESPERIA, Calif. (VVNG.com) A traffic collision between a Victor Valley Transit Authority bus and a FedEx van was reported just after 10:00 a.m. on Tuesday morning.

The Fedex driver was traveling westbound on Allthorn Street departing from the two-way stop sign when it collided with the bus that was traveling northbound on C Avenue.

According to a sheriff’s official at the scene, the FedEx driver was attempting to cross over C Avenue and possibly underestimated the distance of the bus when the accident occurred.

At least one passenger onboard the bus complained of minor injuries but later refused medical treatment. No other injuries were reported.

The bus is equipped with a camera and will be reviewed to determine the exact cause of the accident.