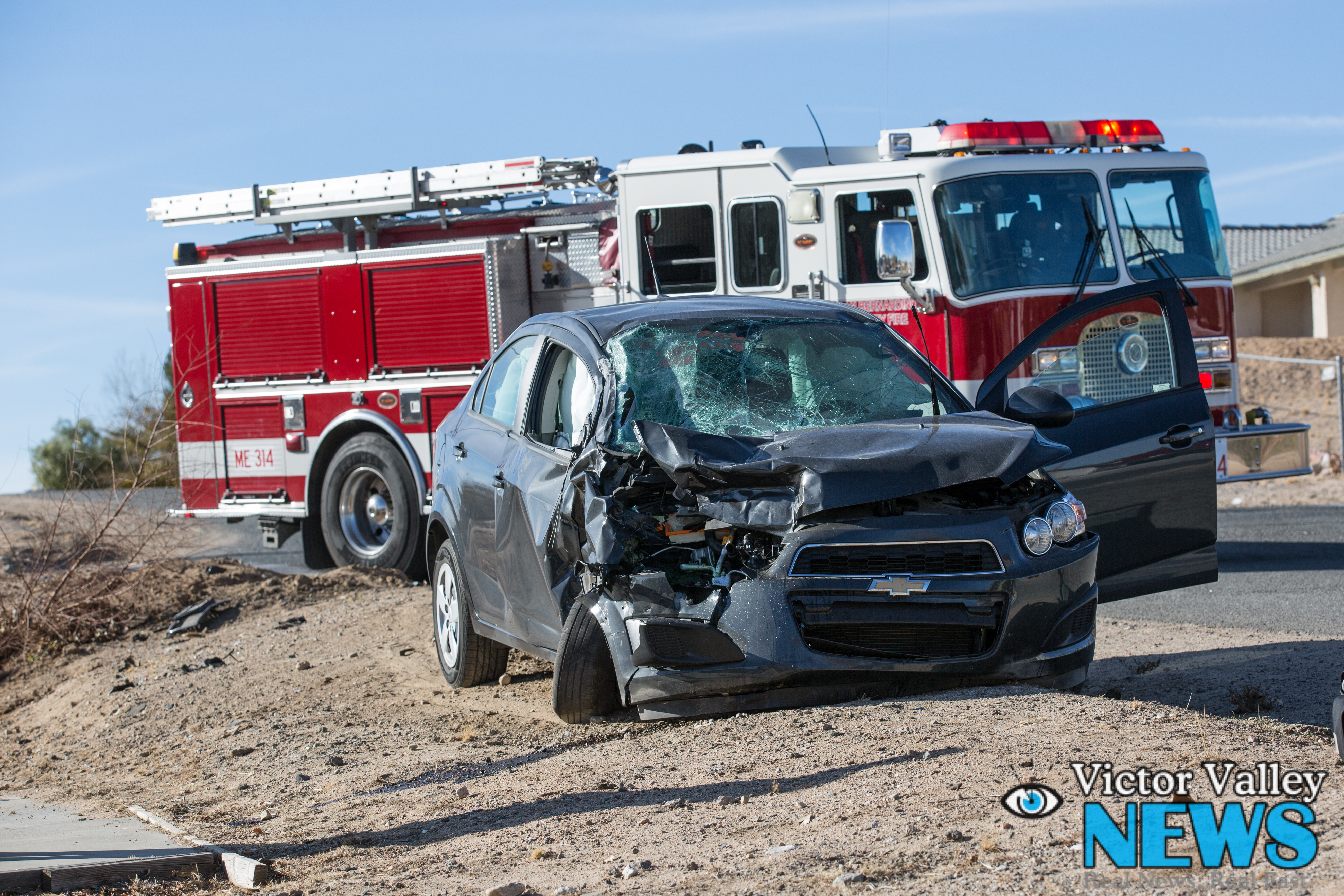 VICTORVILLE, Calif. (VVNG.com) A FedEx employee sustained minor injuries after he was ejected from his truck Tuesday afternoon.

The incident occurred at the intersection of Ottawa Road and Second Ave at approximately 1:50 p.m.

The FedEx driver was traveling eastbound on Ottawa Road going through the intersection of Second Avenue when a male driver, traveling southbound on Second Avenue in a 2014 Chevrolet Sonic, allegedly ran the 2-way stop at high speeds.

The courier truck driver did not have a stop sign in his direction of travel and told Victor Valley News, “the guy went fast through the stop sign, enough to push this big truck over the side, and it caused me to get thrown from my truck.”

“I sprang up as soon as I got ejected and I was thankful there was a small dirt hill so I didn’t get crushed by the truck,” he said.

The driver of the Chevrolet sustained cuts to his arm and was transported to Desert Valley Medical Center for a medical evaluation.

The driver of the FedEx truck was treated on scene by medical personnel and sustained minor scrapes and a stiff neck.

The accident is currently under investigation by the San Bernardino County Sheriff’s Department Victorville Station.

The hard impact caused the FedEx truck to hit a stop sign and eject the driver.

The hard impact caused the FedEx truck to hit a stop sign and eject the driver.