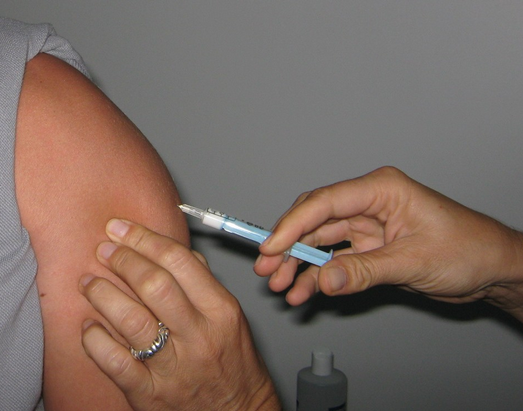 The U.S. Food and Drug Administration announced today the approval of Trumenba, the first vaccine licensed in the United States to prevent invasive meningococcal disease caused by Neisseria meningitidis serogroup B in individuals 10 through 25 years of age.

Meningococcal disease is a life-threatening illness caused by bacteria that infect the bloodstream (sepsis) and the lining that surrounds the brain and spinal cord (meningitis). N. meningitidis is a leading cause of bacterial meningitis. The bacteria are transmitted from person to person through respiratory or throat secretions (e.g., by coughing, kissing, or sharing eating utensils). According to the Centers for Disease Control and Prevention, about 500 total cases of meningococcal disease were reported in the United States in 2012; of those cases, 160 were caused by serogroup B.

“Recent outbreaks of serogroup B Meningococcal disease on a few college campuses have heightened concerns for this potentially deadly disease,” said Karen Midthun, M.D., director of the FDA’s Center for Biologics Evaluation and Research. “The FDA’s approval of Trumenba provides a safe and effective way to help prevent this disease in the United States.”

Meningococcal disease can be treated with antibiotics to reduce the risk of death or serious long-term problems, but immediate medical attention is extremely important. Vaccination is the most effective way to prevent meningococcal disease. Until today, meningococcal vaccines approved for use in the United States have only covered four of the five main serogroups of N. meningitidis bacteria that cause meningococcal disease: A, C, Y, and W.

Three randomized studies were conducted in the United States and Europe in approximately 2,800 adolescents. Among study participants who received three doses of Trumenba, after vaccination, 82 percent had antibodies in their blood that killed four different N. meningitidis serogroup B strains compared with less than 1 percent before vaccination. These four strains are representative of strains that cause serogroup B meningococcal disease in the United States.

The safety of Trumenba was assessed in approximately 4,500 individuals who received the vaccine in studies conducted in the United States, Europe and Australia. The most commonly reported side effects by those who received Trumenba were pain and swelling at the injection site, headache, diarrhea, muscle pain, joint pain, fatigue and chills.

Trumenba was granted breakthrough therapy status, which is intended to expedite the development and review of medical products that address a serious or life-threatening condition. Working closely with the company, the FDA was able to evaluate Trumenba’s safety and effectiveness and approve it in well under six months, the usual timeframe for a priority review.

The FDA, an agency within the U.S. Department of Health and Human Services, protects the public health by assuring the safety, effectiveness, and security of human and veterinary drugs, vaccines and other biological products for human use, and medical devices. The agency also is responsible for the safety and security of our nation’s food supply, cosmetics, dietary supplements, products that give off electronic radiation, and for regulating tobacco products.

Loss of the Historical Atolia District Union #1 Mine