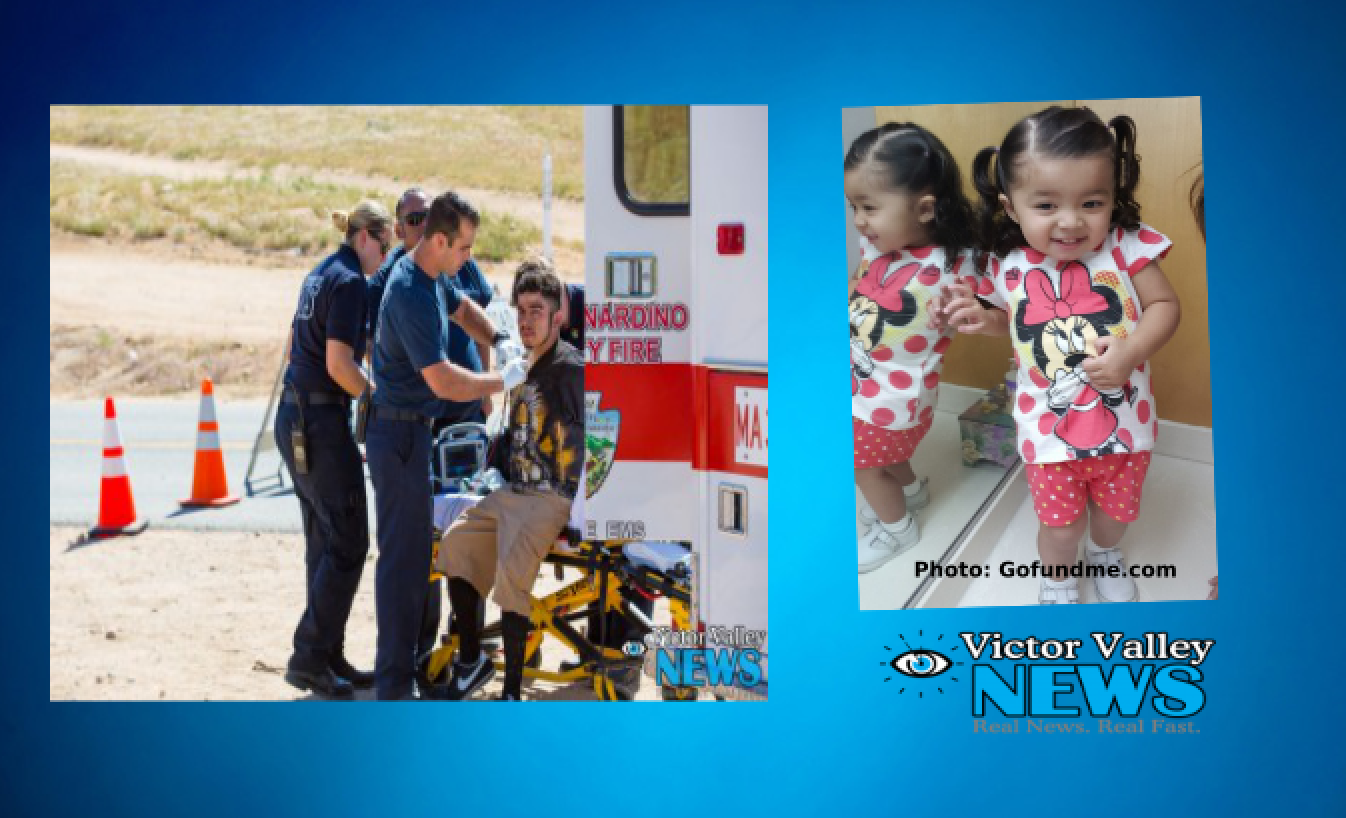 VICTORVILLE-(VVNG.com):  The father of the child killed as a result of a Saturday morning traffic collision near Hesperia Lake Park was in court for an Arraignment hearing Wednesday morning.

David Jonathon Zuniga, 26 was arraigned at the Victorville Superior Court.  Zuniga denied all eleven charges against him, relating to the traffic collision that took the life of his two-year-old daughter and injured three of his other children.

The District Attorney’s felony complaint states that Zuniga was operating the vehicle with .08% or higher blood alcohol concentration (BAC) at the time of the collision. They further allege that these actions caused unjustifiable physical and/or mental suffering to all four children while in his custody.

San Bernardino District Attorney’s Spokesman Chris Lee told Victor Valley News that if Zuniga is convicted as charged, he will face up to 14  years in state prison.