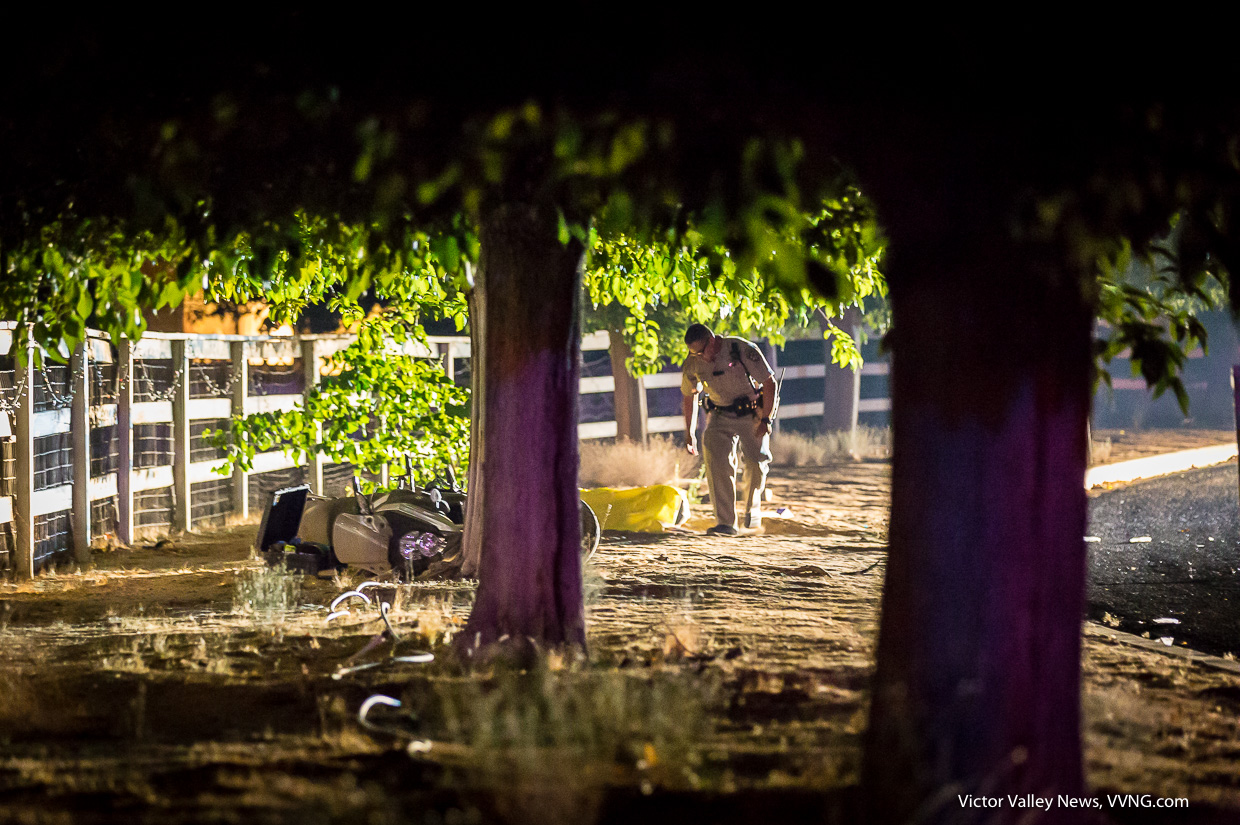 HELENDALE, Calif. (VVNG.com) — A father was killed and his 10-year-old son was airlifted to a trauma center after a solo-motorcycle crash in Helendale Wednesday night.

It happened on July 25, 2018, at about 7:44 p.m., and involved a black street bike that was traveling on Mountain Springs Road towards Silver Lakes Parkway.

The rider and his passenger were ejected after the bike left the roadway and struck a tree.

The rider was pronounced deceased on scene and the young boy was airlifted to an out-of-area trauma center.

A stretch of Mountain Springs Road between Silver Lakes Parkway and Horseshoe Trail was closed for an investigation.

The California Highway Patrol (CHP) is investigating the crash. The identity of the deceased has not been released at this time.

More Than 500 Tax-Defaulted Properties Up For Auction